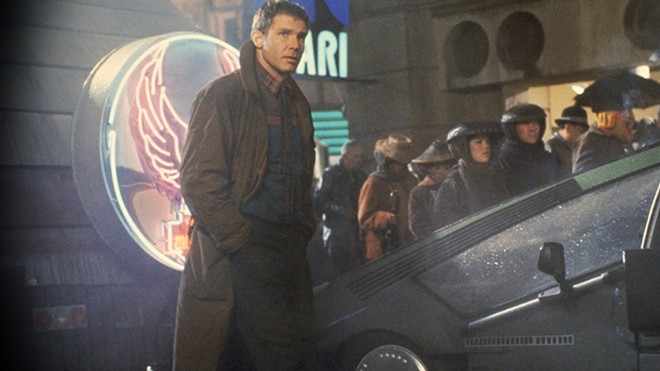 Remember when Ridley Scott’s 1982 neo-noir sci-fi masterpiece Blade Runner felt like it was very far removed from any sort of reality we would experience in our lifetime? Ha ha … ha. Fuck.

Though it was largely misunderstood when it was released (the Los Angeles Times called it “Blade Crawler” in reference to its pacing and Variety called it out for its “unrelenting grimness”), the film, which cost $30 million to make, managed to exist and succeed in a world outside of its dim theatrical release, and managed to recoup its funding despite being lost on mainstream audiences. “It’s a film about whether you can have a meaningful relationship with your toaster,” is how Blade Runner star Harrison Ford summarized it. The “toaster,” of course, is genetically engineered humanoid “replicants,” which are to be “retired” by “blade runner” cops like Ford’s character, Rick Deckard. Oh, did we mention that this bleak dystopia is set in 2019?

The film spawned a sequel of sorts, Blade Runner 2049, which also fucking bombed, even though it was celebrated on many a critics’ year-end list and starred Ryan Gosling, Jared Leto, and, spoiler alert, Ford. Some say it was due to poor marketing, while some argue the 2017 continuation simply mirrored the same dismal future as the original. Well, we say to hell with the haters, because the future is now and Jesus Christ is it bleak.