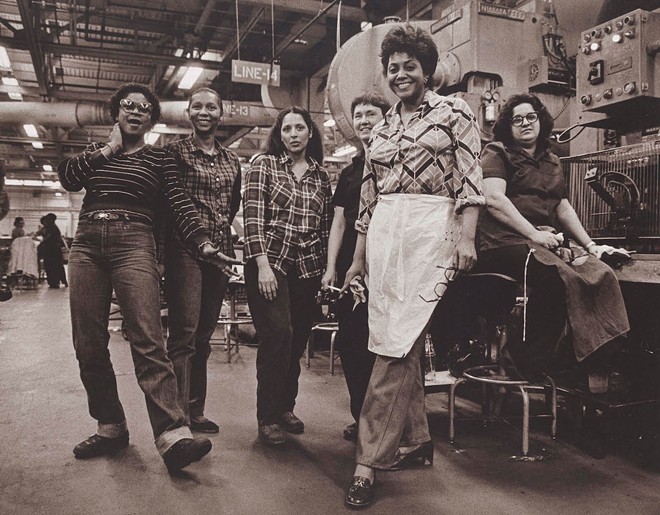 If you need proof that metro Detroiters are hard workers, look no further than the intimate photo exhibition exploring six decades of blue-collar life in the Detroit area heading to the Detroit Institute of Arts.

During his time as a freelance photographer for various national and local labor and trade publications from 1975 through 2005, Pennsylvania native  Russ Marshall, who relocated to Detroit with his family when he was just 3 years old, managed to capture metro Detroit's “changing industrial and societal landscapes” over a 50-year span.

Russ Marshall: Detroit Photographs, 1958–2008 will be presented at the DIA starting Nov. 15 and will run through June 27, 2021. The exhibition will feature more than 90 black-and-white photographs of laborers, candid shots taken alongside assembly lines, as well as images documenting metro Detroit's nightlife, including its jazz and blues scene, the 1967 Love-in on Belle Isle, socialites at high-profile events, parades, and architectural landmarks.

The exhibit will be organized into five themes: Everyday Detroit, Public Life, Workers, Sounds of Detroit, and Turning His Lens toward Europe. The exhibit will close with images from Marshall's European travels between 1987-1990, including images of an intact Berlin Wall.

A Marshall-curated YouTube and Spotify playlist inspired by his “love of jazz, blues, and poetry” will accompany the exhibit, which will be made available across the DIA's social media channels. The exhibit, too, will be offered virtually.

The exhibition is free with museum admission, which is free for residents of Macomb, Oakland, and Wayne counties.