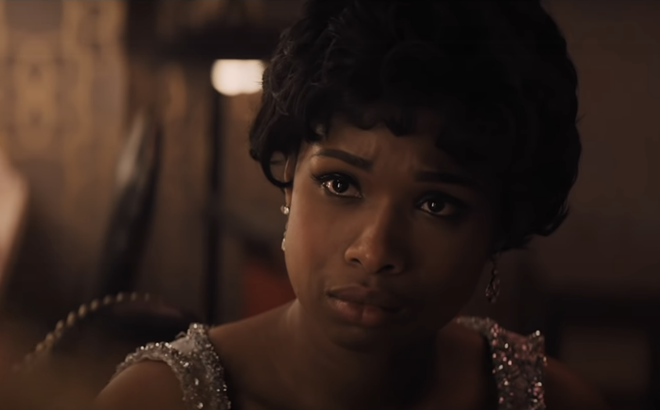 During Sunday night's virtual BET Awards, performer Jennifer Hudson gave us a taste — or two — of what we can expect when her long-awaited Aretha Franklin biopic, Respect, drops later this year.

Following her performance of Franklin's 1972 gospel-infused rendition of “Young, Gifted, and Black,” Hudson dazzled as Detroit's Queen of Soul in a newly released teaser trailer for the Liesl Tommy-directed film that chronicles Franklin's rise to fame.

The trailer opens with a glittery and gold Hudson belting Franklin's iconic anthem, “R.E.S.P.E.C.T.,” before revealing glimpses of career setbacks, triumphs, legendary performances, and the hits that made Franklin an untouchable musical force.

“Call me Miss Franklin,” she instructs condescending record producer Jerry Wexler, played by comedian Marc Maron, when asked if she is capable of talking and singing.

Here’s a little #behindthescenes moment from @respectmovie shoot. Being able to spend the last year and a half with the spirit of one of my heroes, #ArethaFranklin, has been a life-changing experience. @iamjhud and I can’t wait for you all to see #respectmovie later this year. pic.twitter.com/zXLRXSqolW


Franklin had been involved with the film's production up until 2018 when she died of pancreatic cancer at the age of 76.

You can watch the teaser trailer below.