'Cats,' the musical nobody asked for, claws its way through Detroit's Fisher Theatre 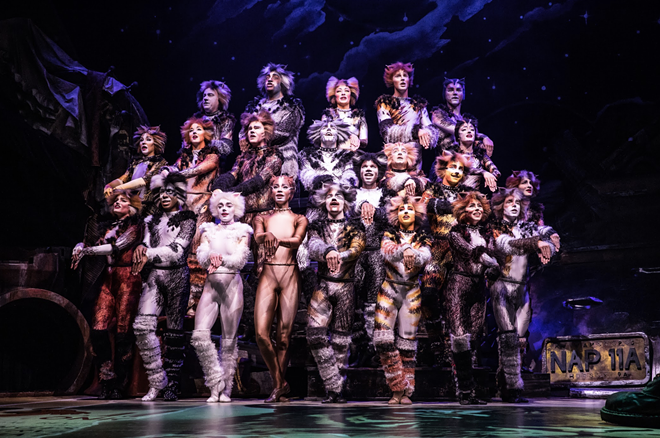 At some point in history, someone (cough, cough Andrew Lloyd Webber) thought that a 2 hour and 20 minute musical about feral cats was a good idea. And, oddly enough, he was apparently on to something. Against all odds, Cats the musical has survived well past its nine lives.

Thirty-eight years after the award-winning, record-breaking Cats debuted in London to what we can only imagine was a very confused audience, it’s remained pick of the Broadway litter. This year marks (not with urine) a particularly big year for Cats, which is getting the big-screen treatment with its star-studded adaptation starring Taylor Swift, Jennifer Hudson, Idris Elba, and Judi Dench as human-shaped, cat-sized CG felines. OK — so based on the trailer, Cats looks like a cross between an Animorphs book cover and what happens if we were to actually storm Area 51. One thing appears to be true: Nothing beats the original.