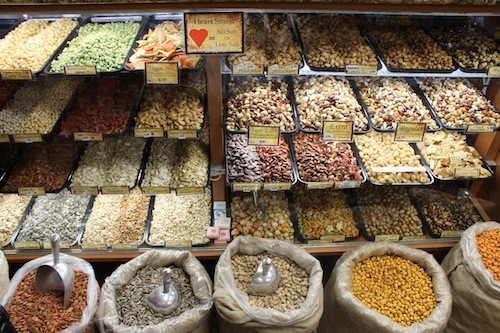 Is there anything else that brings people together like food? That’s the idea behind a series of walking culinary tours that starts up this weekend: To draw in people from all over the region to explore the delicacies along Warren Avenue in Dearborn.

The tour is called Yalla Eat! (fittingly, that’s Arabic for “Let’s go eat!”), and it’s back for a fourth season, sponsored by the Arab American National Museum (AANM). Of course, it’s more than about just eating, offering plenty of chances to learn about Arab culture, and to meet the largely Lebanese business owners along Warren.

Stops along the way will include Shatila, Lebon Sweets, Hashem’s Roastery, and the Super Greenland Market, which is indeed super. As we’ve noted before, ethnic markets often serve clienteles that demand low prices and a high degree of quality, giving all shoppers a good value for the money. And tours like this help the newcomer get over the bit of bewilderment that comes with cross-cultural shopping, showing them how to shop and eat like a local.

Dr. Matthew Jaber Stiffler, AANM research and content manager, says it best when he declares the hundreds of Arab American businesses along this stretch of Warren Avenue “a reminder of the cultural and economic contributions that immigrants have made and continue to make in Michigan. Through food, we can teach people about the history and experiences of Arab Americans, as well as showcase the vitality of the Arab American enclave in Dearborn.”

Or watch this neat video for an idea of what to expect. 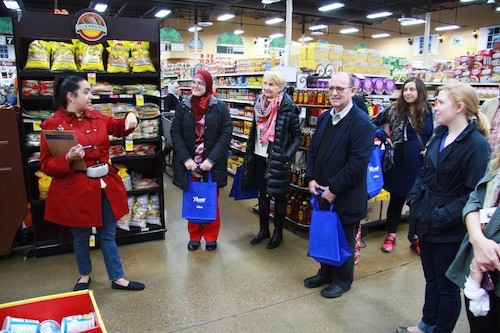