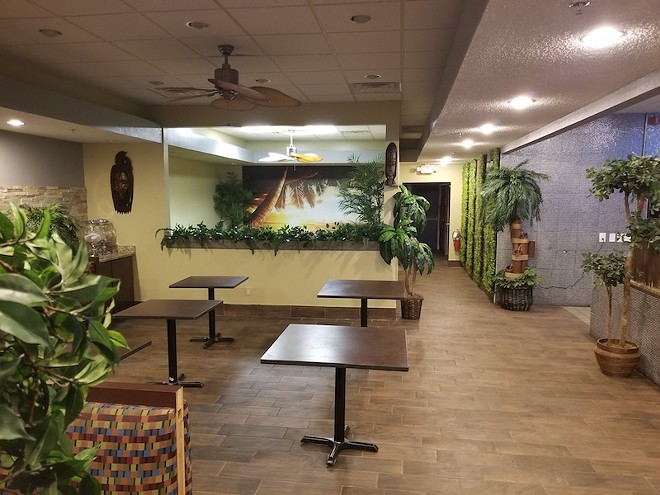 The founder of Irie Occasions Catering and Party Planning has been cooking up traditional Jamaican flavors around the metro area for several years. Her Caribbean-inspired pop-ups at hot spots around town like Detroit City Distillery and Lost River Tiki have put her food into the hands and mouths of a growing legion of fans — but it was her year-long Saturday evening pop-up at Brooklyn Street Local in Corktown that truly made Chef Reniel a star.

Now, this Detroit Foodlab Alumna and her husband Charles are opening their exciting new brick-and-mortar location at 406 N. Telegraph Rd. in Pontiac. Flavors of Jamaica will kick off its grand opening with a Jamaican Brunch from 9 a.m.-2 p.m on April 4.

A native of Westmoreland, Jamaica, Billups moved to the United States at the age of 9. She had an innate love of cooking growing up in a family kitchen, and later was a lead chef for the United States Coast Guard.

After two years of pop-up events around Detroit, as well as winning the Eastern Market Annual Nourish Chef Challenge in 2019, both Reniel and Charles, along with their daughter, Shantasia — who serves as their sous chef — are excited to bring their unique flavor to Pontiac. In fact, Flavors of Jamaica will be the first Jamaican restaurant in the city.

In addition to the Jamaican brunch, the restaurant will feature house-made tropical juices. Flavors of Jamaica will remain true to Chef Reniel’s pop-ups by featuring a diverse, traditional menu, as well as an extensive vegan menu that mirrors it.

A recent pop-up at Motor City Wine featured a menu of oxtails, curry goat, and jerk chicken, as well as curry and jerk jackfruit. Fans also rave about the jerk chicken poutine, which is a recipe all Billups' own.

A casual sit-down restaurant, Flavors of Jamaica plans to present live Caribbean music in the near future, but the sounds of the island will definitely be playing through overhead speakers until then, keeping everything irie.

For more information about Flavors of Jamaica or Chef Billups, visit flavorsofjamaicarestaurant.com.