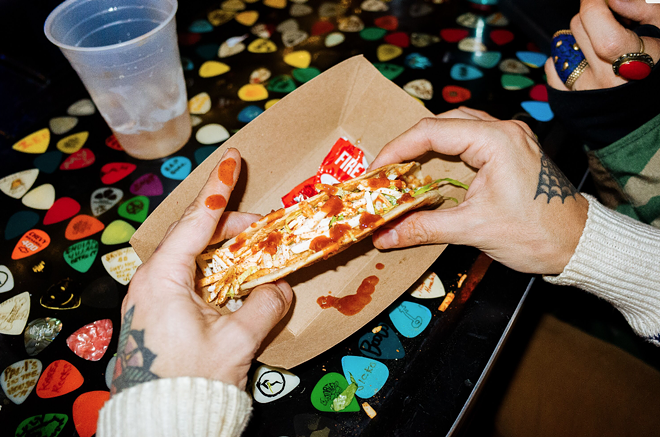 Let’s give them something to taco-bout: Celebrating one year of monthly Taco Bell-inspired vegan pop-ups is none other than Street Beet’s Taco Hell.

What originated as a culinary curiosity between Street Beet’s Nina Paletta and Meghan Shaw has become one of the city’s most desirable and delectable dining experiences, with a menu featuring the ever popular “crunchywrap,” “sleezy gordita crunch,” “nachos hell grande,” and “cinna twiztids.” The anniversary event will offer giveaways (including Mo Pop Festival passes) as well as Cellarmen’s vegan Baja Blurst cider on tap, limited edition Taco Hell merch, slushies, and DJs. Per usual, food will be served until they run out, and both gluten-and nut-free options are available.