In this article, we explain the top seven dangers associated with toenail fungus.

"At least 35 million Americans are affected by onychomycosis, which is more commonly referred to as toenail fungus or fungal nail infection. But in spite of its highly contagious nature and the increased risk of contracting it as you age, most people don’t know how dangerous toenail fungus can actually be." Crystal Flush Toenail Fungus Experts

In this article, we explain the top seven dangers associated with toenail fungus.

(For more comprehensive details on these dangers and how to prevent and treat them, download the recently published 21 page e-book by Crystal Flush for free here.) 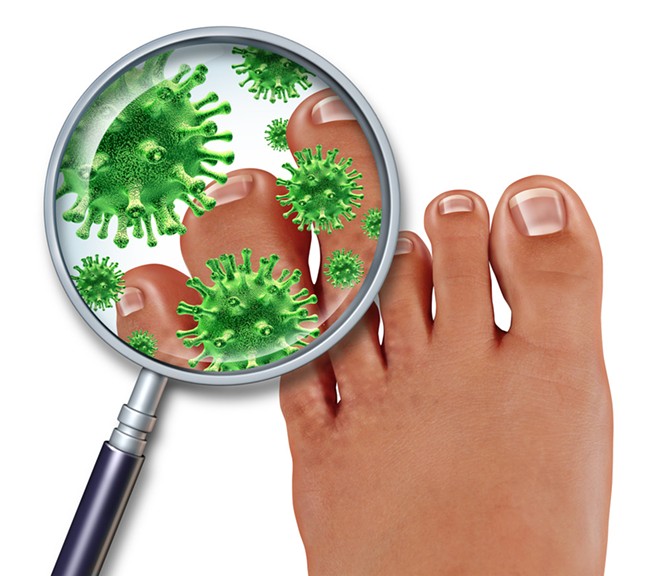 The most common way to end up with a fungal nail infection is due to exposure to the fungus, either from direct contact with an already infected person or from contact with a contaminated surface, such as the floor of a shower in a public pool or gym facility.

Unlike many bacterial and viral infections, fungi don’t usually spread via airborne transmission. In order to contract a fungal nail infection, the fungus must come into direct contact with an opening in your body, such as a cut or sore. On the other hand, fungi can survive on surfaces outside of the human body for much longer than most viruses and bacteria. As a result, it is possible to contract fungal nail infection from someone you’ve never even met, such as someone who used a public shower hours before you did.

The highly contagious nature of toenail fungus means that you must be incredibly careful if you are already infected to avoid spreading it to other people, including those you live with.

Toenail fungus can spread to other parts of your body.

Athlete’s foot and jock’s itch are both caused by the same fungus that causes toenail fungus infections. As the fungus reproduces and multiplies, the fungal nail infection can spread to these areas, as well as cause other skin infections on other areas of your body, or spread to your fingernails, making the infection much harder to contain and prevent from spreading.

You may also develop a condition called dermatophytid, which is an allergic reaction to the growth of fungus on your skin and can cause painful lesions.

Furthermore, toenail fungus keeps your immune system busy as it attempts to fight the fungus, leaving you open to infections from other pathogens that your body otherwise would have been able to handle without symptoms. Additionally, as the fungus eats away at your nails and the skin around them, you will have open wounds on your feet almost constantly, leaving you open to pick up more skin and nail infections.

Toenail fungus can worsen and cause life-threatening health problems.

While toenail fungus may just seem like an inconvenience, when left untreated, it can have life-threatening consequences.

Toenail fungus can lead to a condition called cellulitis, which is an infection of the innermost layer of your skin. The depth of the infection means that it can enter the bloodstream, meaning that the fungus can travel to your vital organs. Cellulitis is a life-threatening condition. If you have a fungal nail infection and exhibit any of the following signs of cellulitis, seek medical attention immediately:

Other complications associated with toenail fungus include severe headaches and lung issues. Even healthy immune systems are affected by toenail fungus, leaving you more susceptible to other illnesses and infections.

Toenail fungus gets more dangerous as you age.

Despite popular belief, unsightly toenails are not just a natural part of the aging process. While you are more likely to contract toenail fungus as you age (as well as experience more of the side effects and related conditions), it can be prevented and treated. Close contact among older people in senior living facilities and public spaces such as gyms and pools in areas with high senior populations mean that toenail fungus continues to infect and reinfect senior populations.

Age is a vulnerability factor for many conditions, but this is especially true for toenail fungus:

Toenail fungus doesn’t just affect other parts of your body — it impacts your mental health and social life too. In reality, if you’ve contracted a fungal nail infection, it is more than likely because of someone else’s lack of responsibility, not your own, but toenail fungus still carries a social stigma because many people associate it with a lack of hygiene.

In addition to the very real stigma, which can lead to outright social ostracization from peers, family members, and others, the embarrassment that comes with fungal nail infection can cause affected individuals to self isolate. At least one in five people with toenail fungus report having avoided or regularly turned down social invitations as a direct result of their condition. Depression, anxiety (in particular, social anxiety), excessive stress, and other mental health crises are also associated with toenail fungus.

Toenail fungus is linked to diabetes.

Both Type 1 and Type 2 diabetes are linked to serious issues and infections in the toes and feet, which can even lead to amputation. This is largely due to the poor circulation caused by diabetes, which is also a risk factor in fungal nail infection, as well as weakened immune system due to high blood sugar levels over time. Approximately 30% of people with a fungal nail infection are also diabetic, and medical professionals sometimes consider toenail fungus a warning sign of undiagnosed diabetes.

If you have toenail fungus and have a high predisposition to diabetes, such as a well-established family history of the condition or past instances of gestational diabetes, we recommend that you have your doctor screen you for diabetes.

Toenail fungus is difficult to treat and cure.

It’s difficult to find relief from toenail fungus symptoms, much less eliminate the condition entirely. Treating toenail fungus is complex, because humans and fungi are both complex, multicellular organisms. Viruses and bacteria, on the other hand, are much simpler, meaning that it is easier to treat them without also attacking the cells of your own body. Medications for toenail fungus will usually kill your cells as well as the fungal cells, which is dangerous for people with weakened immune systems. (And remember, even healthy immune systems are weakened by toenail fungus.)

Prescription medications can cause painful side effects including jaundice, while topical treatments are rarely able to penetrate the nail bed and get to the root of the infection.

Fungal nail infection has high instances of relapse, meaning that you may find relief from your symptoms for a few weeks or even months, only for the infection to return later on. This can be incredibly discouraging, and make it feel like relief from toenail fungus is impossible to find. 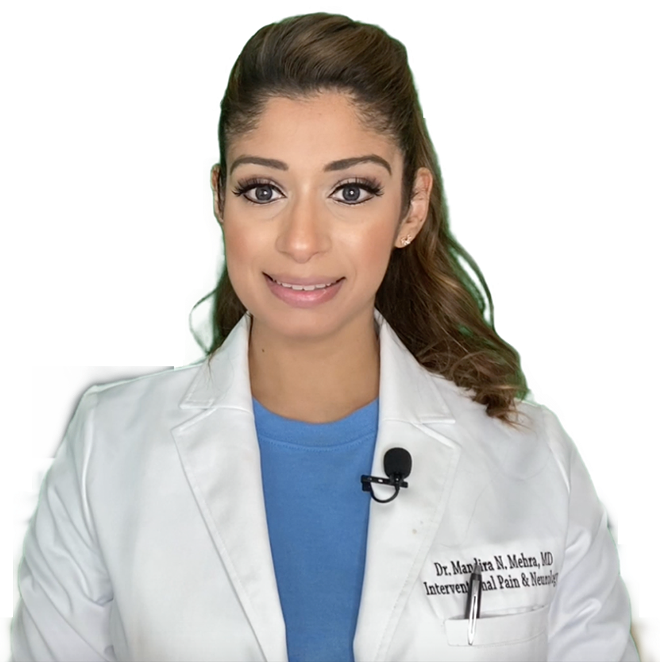 If you have a fungal toenail infection, it is likely that over-the-counter and even prescription medications have not been effective, or have taken multiple courses just to start providing relief. Additionally, the majority of over-the-counter treatments involve applying messy creams for months before seeing any results, which is impractical for most people. Oral prescription medications are prone to causing unpleasant or even dangerous side effects such as stomach unrest or jaundice, while DIY treatments are rarely effective.

Crystal Flush’s 2-step treatment system, containing a clinically proven FDA-Approved active ingredient, is the only toe fungus treatment available that targets both external and internal causes of toe fungus, leading to the restoration of healthy toenails in as little as thirty days.

Step 1, the antifungal serum, contains one of the most potent FDA-approved antifungal agents available. With two applications per day, the serum penetrates the nail bed to destroy the fungal infection at its root.

Step 2, Crystal Flush Balance, uses an all-natural blend of 13 ingredients to balance the ecosystem in your gut and get candida overgrowth under control, thus preventing toenail fungal infection from the inside.

“Crystal Flush is a multi-step regimen consisting of both natural and science-backed ingredients. It targets the complete root causes of fungus – both the internal and external factors. But the key is to start treatment today before it spreads and gets much, much worse,” says Dr. Mandira Mehra, a double board certified physician who recommends Crystal Flush to her patients, “I’ve read the science and witnessed the impressive success stories. Crystal Flush is safe, effective, and I’m confident you’ll love the results.” 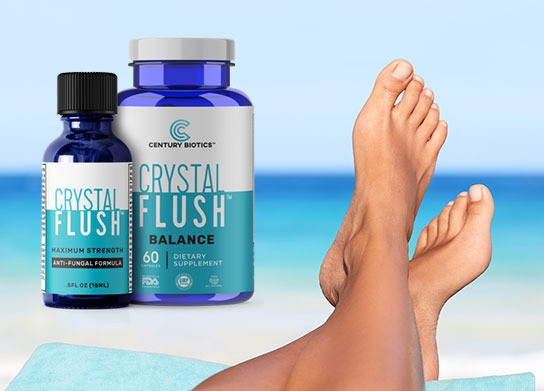