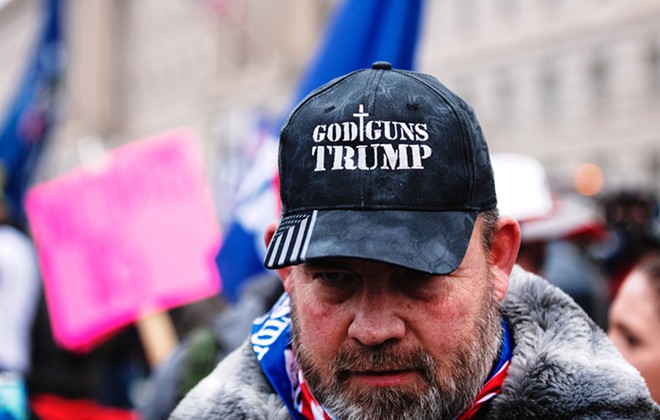 Imagine on that sunny Tuesday morning in 2001, instead of flying planes into buildings terrorists armed with guns, pipe bombs, and batons attacked Capitol Hill; waving unamerican flags, bashing cops in the head, forcibly entering offices while elected officials don gas masks and scurry away in underground tunnels to undisclosed locations. Imagine Bush doing nothing. In fact, cheering on al Qaeda: "go back home to Iran but we love you, beautiful people!" Your Rage. Fear. Confusion.

But collectively, we don't care. On to NFL wildcard games and travel plans. I don't like violence but what do you expect? Treated as we are. Both sides do it! Words presidents utter don't really matter, it's actions of individuals. It's the media, they cherry picked video clips. It's not ALL Trump supporters. I voted Libertarian. I voted for Hillary. It's God's plan. I won't live in fear. What can you do...

How horrifyingly tepid our response. Calls to heal the nation's divides and bring agitators to justice misses how deeply complicated and diseased this situation really is. Perhaps 25% of the country, some 80 million Americans, believes Qanon theories to be at least partly true. By any reasonable measure, ingesting such false conspiracies into the framework of our psyche, formulating a worldview, and making decisions based on them, is psychotic. Clinically. As in a doctor's diagnosis.

But the problem is less them and more the rest of us sitting casually by. Maybe we're just tired, it's been a long nine months, a long four years. Maybe we cannot really see ourselves, how each one of us contributed to the current predicament. No, you may not have broken the window, boosted a fellow patriot up to be shot in the neck, but rationalization, inaction, distortion of what we all knew was coming are contributing factors in this postmortem. Me, you, your partner, neighbor, parent, all culpable in little slices to the skin of democracy until she nearly bleeds out.

1/6 is worse than 9/11 because you can be reading this and still view it overreactive. Maybe some fun little points made but it ain't that bad. Keep the faith. Trust the process. Or you're reveling in this. Rooting for more. Burn it down. Start over. We need another Civil War! It's fine in fantasy to wish for a fresh start but in reality, civil war will kill people you love. Haven't enough people died due to broad inaction? Misplaced efforts at revolution? Dabbling in collective psychosis?

Much like a virus, this isn't going away. Not with impeachment, indictment, inauguration, beefed up police presence, calls to unite. Not that we shouldn't do those things but it's an internal shift that must occur. A drastic and sincere self-reflection in those capable of doing so. To use a football metaphor, this is a fourth quarter moment in the biggest game of our lives. No more it's just another game, we'll get back to the Super Bowl, knocking a few back like Donovan McNabb while failing to identify the situation as anything less than decisive.

So sober up, look intensely and honestly inside yourself and then do something good for the world. Because nobody else will. —Dr. Calder Kaufman, Detroit