The governor pledged to “keep fighting like hell to protect Michigan women.” 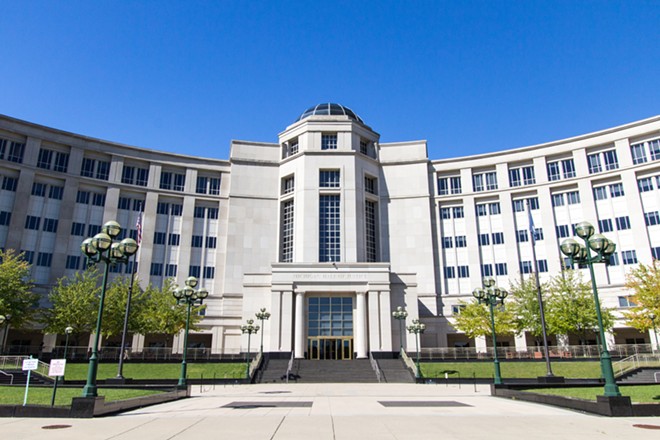 Shutterstock
The Michigan Supreme Court in the Hall of Justice building.

With so much uncertainty hanging over abortion in Michigan, Gov. Gretchen Whitmer renewed her call Thursday morning for the state Supreme Court to decide whether the state constitution protects reproductive rights.

“The current lack of legal clarity has already caused confusion for women, doctors and nurses, and health care systems multiple times,” Whitmer said in a statement Thursday. “Monday’s fire drill is yet another example of why the Michigan Supreme Court must act. A legal patchwork that changes day to day, county to county is untenable. We need certainty that access to abortion is constitutionally protected in Michigan. Every day we delay, health care providers will question if they are able to provide care safely, or if their work will lead to prosecution and possible jail time.”

Adding to the confusion is another case involving abortion rights. A month before the U.S. Supreme Court overturned Roe v. Wade, Court of Claims Judge Elizabeth Gleicher issued an injunction blocking the enforcement of the law. That case involved a lawsuit filed by Planned Parenthood, which argued the state constitution protected abortion rights.

Ultimately, abortion rights is likely to be determined by the Michigan Supreme Court, which has a Democratic majority, because the other cases will almost certainly be appealed to the state’s high court.

Regardless of judicial outcomes, a ballot initiative could affirm abortion rights in the state. Last month, abortion-right advocates filed more than 750,000 signatures to bring the issue to the ballot in November.

The Board of State Canvassers still needs to certify the signatures.

Meanwhile, a handful of county prosecutors have said they would not enforce the ban.

Michigan is one of 26 states with a law banning abortion. The state’s abortion ban was invalidated when the U.S. Supreme Court ruled in favor of abortion rights in Roe v. Wade in 1973. But now that the case has been overturned, the 1931 ban could go back into effect.

La Cracha Handy, an emergency room health unit coordinator, said in a statement that she’s “grateful that Governor Whitmer is fighting like hell to ensure doctors and nurses can continue doing their jobs, and that us women will have a right to make our own medical decision.”

“The fact that the 1931 law can criminalize healthcare providers for doing their jobs is going to extremes,” she said. “The ban will strip women of their reproductive freedom.”