When the apocalypse happens everyone will move to Michigan, according to Popular Science 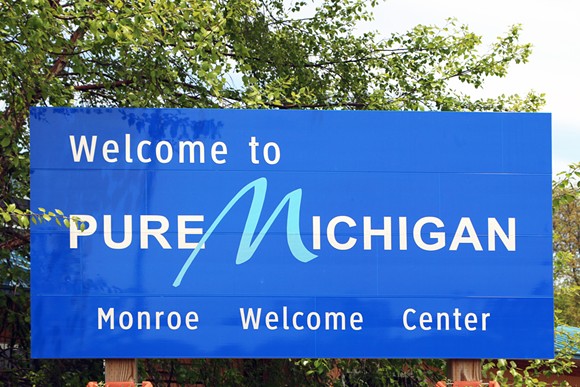 OK, so this may not actually happen because of an apocalypse, but the warning signs of climate change sure as hell sound apocalyptic.

Popular Science, a longtime publication dedicated to everything scientific, produced a video illustrating where the most desirable place to live in the year 2100. Turns out, Michigan will be a hot commodity in the future.

What makes Michigan the place to be in 2100? That would be climate change, my dear friends. Here is a breakdown of what could happen by the year 2100:

"Sea levels could rise by up to 6.6 feet" which would make anything near the coast is a no-go.

"The number of category 4 & 5 hurricanes will double" which means you can basically say RIP to Florida and the East Coast.

"Tornados will be more severe, frequent, and unpredictable" so Kansas and its surrounding states are a goner.

"Almost the entire country will be at a greater risk of drought" so the Great Plaines will pretty much be a desert.

"The West will get hotter by up to 6.5 degrees" which will literally make Arizona and New Mexico Hell on Earth.

"Wildfires will burn 650% more land for every 1.8 degree rise in temperature" so RIP to the Rocky Mountains.

"Mosquitos that carry pathogens like Dengue and Zika will expand their range" which sounds like a plot to a dystopian horror film.

So by process of elimination, Michigan and the upper regions of Wisconsin are the only safe places from these natural disasters by the year 2100. Well, that is if Nestlé doesn't pump out all of the water from the Great Lakes before.