When it comes to an interesting nightlife, Detroit has it in spades 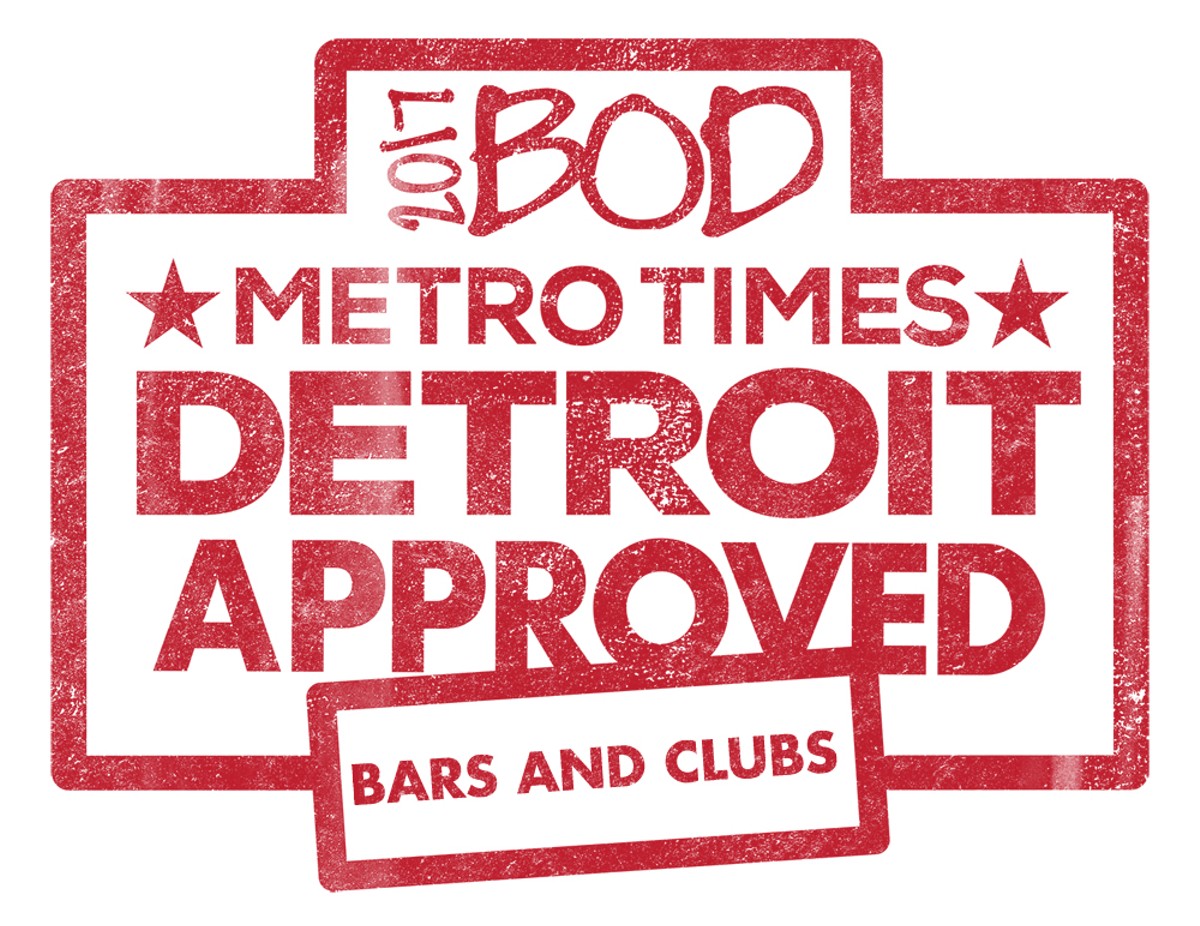 Detroiters know how to let loose, and how to do it in style. This was true back in Prohibition times, when gin shacks catered to factory workers getting off their shift, to the glorious nightclubs which flourished in the Paradise Valley Entertainment District in the 1940s and '50s. The same goes for establishments that cater to live music, whether it be the Grande Ballroom, showcasing the loudest bands of the late 1960s; the Freezer Theatre, hosting hardcore shows in the 1980s; or the Gold Dollar in the Cass Corridor, which served as ground zero for the garage-rock revival in the 1990s. And that's just a few rock clubs; simply mention the Hip Hop Shop, the 20 Grand, Menjo's, L'uomo, or the Factory to folks of a certain age, and you will cause wide smiles to appear. (Menjo's thrives to this day, of course: It was voted once again as the Best Gay Bar.)

Much is made about the well-orchestrated economic revitalization occurring in the Cass Corridor and New Center, and skyrocketing real estate in Corktown and Indian Village. But what about the club scene — isn't that just as valid a barometer for a city's well-being? If folks have the means to support new venues, and keep the older ones going strong at the same time, surely that means times are looking up.

"I think the future portends well for most clubs and bars in the downtown Detroit area, [but] I believe that there is still room for growth," Paul "PJ" Ryder says. The owner and operator of Corktown's PJ's Lager House just expanded his venue, bar, and restaurant to include a full-service record store in the basement. PJ's keeps it simple. "Good vibes, good food, good drink, and good music," he says. "The introduction of pop-up restaurant nights at local bars continues, and (there's an) interesting symbiotic relationship between bars and great food."

It's too early to declare victory just yet, but in the last three years we've witnessed the birth of Corktown's classically outfitted, instant rock-and-roll fun machine, the UFO Factory; the very party-ready and aptly named dance, pop, and hip-hop-saturated Marble Bar in New Center; and the incomparably booked El Club in Detroit ­— plus the excellent Otus Supply in Ferndale, which regularly books bluegrass, folk, and discerning post-hippie music for aging Deadheads. The EDM-themed Populux came and went, but a re-energized Magic Stick returned to take its own spot back in the Majestic Theatre Complex. We hear of other exciting developments both near downtown and the exurbs, but are sworn to secrecy.

Zach Tocco, who helps run the Majestic Theatre Complex, bemoans "bands skipping the market or withdrawing from shows for lack of ticket sales," but that's nothing new in Detroit. Tocco sees a change in how things happen behind the scenes, with "more venues being filled by third-party promoters, a move away from a purely in-house talent buying model." And as to the health of nightlife? "I think there needs to be more independent venues at every level for the scene to be 'thriving,' but it's definitely heading in the right direction," he says. 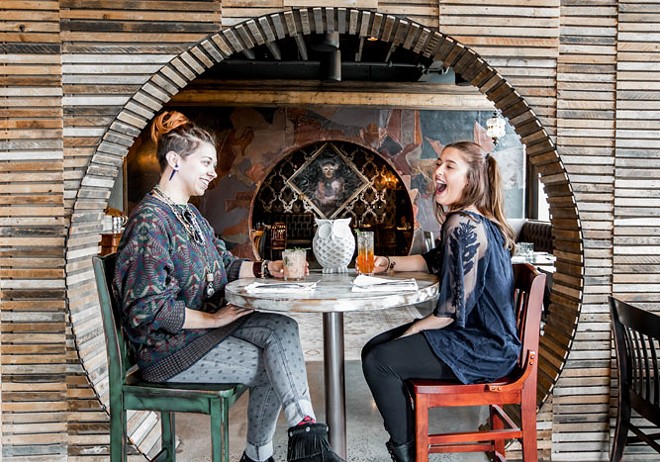 Electronic music continues to be a mainstay of nightlife, and both Pontiac's Elektricity and the Grasshopper in Ferndale attract top local and international underground dance music every weekend. Grasshopper owner Troy Ramroop is buoyed by the scene. "Detroit's nightlife has become more vibrant," he says. "There are more options for people to experience, with the occupancy of the city becoming younger and the influx of young professionals. The restaurant scene is booming: Craft cocktail bars, small plates, and nightlife as a whole has grown exponentially from where we were eight to 10 years ago. Competition is at an all-time high, [and] maintaining a consistent packed club is a great challenge. I'm excited to be part of this growth of our city, and blessed to have a business that caters to those who love music."

El Club has brought sophisticated sound and light gear, and substantial talent-buying heft, to southwest Detroit. "We have been building this club from the ground up, and really working to provide solid entertainment, education, and provide services to the community," co-owner and manager Graeme Flegenheimer says. He is particularly excited about reggae events at El Club, and how packed nightlife is across the city, with "too many good shows happening the same night," and he remarks that there are more diverse, weird types of shows going on, whether that's electronic, rock, or jazz bands.

The craft cocktail scene continues to dominate the bar world. And we love taking out-of-town friends to these spots, especially Corktown's Sugar House, as the bar seems super motivated to provide an interesting and fun experience to all (plus, a night out isn't half a paycheck). We feel the same way about Cafe d'Mongo's Speakeasy — always one of the best reasons to try to park downtown. But we're extra interested in places that consider the history of their current location, and don't try to impose new hip products and concepts just for the sake of it. Most people (ourselves included) refer to these spots as "dive bars," but why use any word that sounds like a slur for the place you feel the most relaxed at? The Kit Kat Klub, Tony's Sports Bar, Crossroads Pub, and the Old Miami — it's so hard to choose between them, as they're all ideal places to kick off work early and slide yourself into a booth until gravity really takes hold.

Bumbo's in Hamtramck is a new bar in an old space (Hank's) and it feels like an instant classic. Co-owner and manager Tia Fletcher Krawczyk says that Detroit's nightlife is thriving, but adds that "as long as I can remember it's been great, there are just more places to go now." "People feel more comfortable coming to the city," she says. "I'm seeing more of a mix of people coming in from elsewhere interested in what's going on, and less intimidated to do so. We haven't had investors, grants, designers, or managers, and have done it all ourselves from day one. We have a small cocktail list but nothing's over $8. Nothing takes too long or feels intimidating."

A similar concept animates the mini-chain Art and Jakes, which shows that it's harder than you'd think to be a proper sports bar. (Props as always though to Ciccarelli's, 24 Seconds, Wolverine Brewing, Hockeytown, and the Hub Sports Bistro — who also get it right.)

Up for karaoke? A lot of local spots have great nights, but you can basically never go wrong with belting it out at Sneakers, whether you have pipes like Aretha or sound like a dying alternator when you open your craw.

When it comes to non-bar venues for music, we're really excited about Third Man Records Cass Corridor (which doesn't host events every night, but already scores best in show for a few events — the first ever area show by San Francisco's beautifully belligerent Mummies). Upcoming events include a rad music-centric film series, a gospel showcase for this year's Concert of Colors, and tranced-out Tuareg guitar genius Mdou Moctar.

And it might not be set up for live shows, but Midtown's Griot Music Lounge, a lively little spot with a thoughtfully-curated selection of vinyl records played on the sweetest hi-fi, puts a black Detroit spin on a trend that's thrived in Japan for decades. "Good times with good people, in a shared setting," is how proprietor John Taylor describes the spot. Be sure to take friends from out of town there, and if you're lucky you might get the raddest discourse about the importance of the Tribe collective on Detroit's thriving avant-garde jazz scene in the 1970s — all while enjoying a tasty adult beverage.

Metro Times music editor Mike McGonigal has written about music since 1984, when he started the fanzine Chemical Imbalance at age sixteen with money saved from mowing lawns in Florida. He's since written for Spin, Pitchfork, the Village VOICE and Artforum. He's been a museum guard, a financial reporter, a bicycle...
More
Scroll to read more Michigan News articles
Join the Metro Times Press Club