What the public can teach pundits (and politicians) about saving democracy 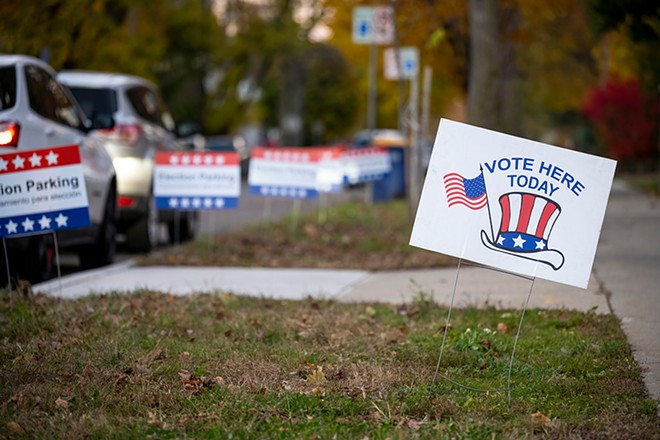 Republican wins in key battleground states in November could be catastrophic for the future of free and fair elections in this country. The MAGA-infested GOP is dead set on leveraging every office they take to prosecute a culture-driven grievance agenda. And every indication suggests they’ll use any state and local election office they win this cycle to engineer future election outcomes they cannot win fair and square.

But the poll also found that only a minority of respondents seem to care. Though 71% of likely voters agreed that democracy was “under threat,” the specter of an authoritarian attempt to steal the next election by the MAGA base wasn’t what they had in mind. Only about 17% attributed their worries over democracy to that risk. Rather, worries over democracy were based on whether or not it could actually deliver results for everyday folks. Indeed, 68% of those polled endorsed the idea that the government “mainly works to benefit powerful elites.”

If your media diet looks anything like mine, most of the coverage you’ve consumed probably registers some combination of shock and dismay at the finding, as if the proposition over how democracy is broken is an “either/or” matter.

Rather it’s “both/and.” The New York Times/Siena poll and its coverage surface something profound about how we got to this point, and about how divorced political coverage has become from the realities of most Americans.

Imagine American democracy as a once majestic tree. Most political coverage would be focused on the small but growing group trying to cut it down — while the public seems to recognize that it’s been ailing for decades. If you’re serious about the health of the tree, you have to recognize that both are serious threats. In fact, decades of malnourishment and misappropriation have made that tree much easier to cut down in the first place.

The consequences of our ailing democracy extend into nearly every facet of the most pressing challenges voters complained of in the survey. Inflation offers a perfect example. Americans haven’t had to live through this kind of inflation in nearly 40 years. And while the economic phenomenon of inflation may be the same as was then, the context in which Americans are feeling it has changed considerably.

In the 1970s, wages were keeping pace with growing American productivity. Since, wages and productivity have decoupled as Reagan-era financial deregulation and union busting allowed corporations to take ever greater shares. The 2022 flavor of inflation is hitting an American society that has experienced more than four decades of rising inequality. The poorest Americans today lack the same economic reserves, the same bargaining power they might have had in the past. Inflation is hitting American families harder than in the 1970s — or anytime in the past — because of it.

A full 25 days out from election day, outside organizations — not including spending by candidate campaigns themselves — had spent $1.3 billion to influence the outcomes of federal elections. That’s not money being raised a few bucks at a time online — those are massive checks written by people and companies with massive wealth.

How come the American public sees and understands the threat that money poses on our democracy — the sickness that it represents — while pundits and politicians cannot? Perhaps in the thick of the system have become so inured to this kind of legalized corruption that it’s baked in — normalized as just another part of the system.

And that’s the real danger. Let me go back to the tree analogy here. Long before cynical Republicans riled their base up to cut the tree down, they set about undermining it. They stopped watering it, and kept it in the shadows. They made sure any fruit that it bore was kept from those who needed it, sent instead to the wealthy and well fed — telling us that the fruit was poisoned. Only then would enough people turn on the tree.

Rather than protect the tree back then, many of the same forces rallying to protect the tree from being cut down now were complicit in its maltreatment. They kept quiet, or worse, they participated in it. They thought accommodation would have no lasting consequences.

The frontal assault on our democracy is truly shocking — and it ought to be the most important issue facing our country in these elections. Yet, the systematic starvation and misappropriation of our democracy that brought us to this point ought to have been the most important issues facing our country for the past several decades. But it wasn’t. So perhaps we shouldn’t be so surprised that the imminent threat to our democracy we face in 2022 doesn’t inspire the same worries, either.

Originally published Oct. 25 in The Incision. Get more at abdulelsayed.substack.com.