No Exceptions. Except for Herschel. 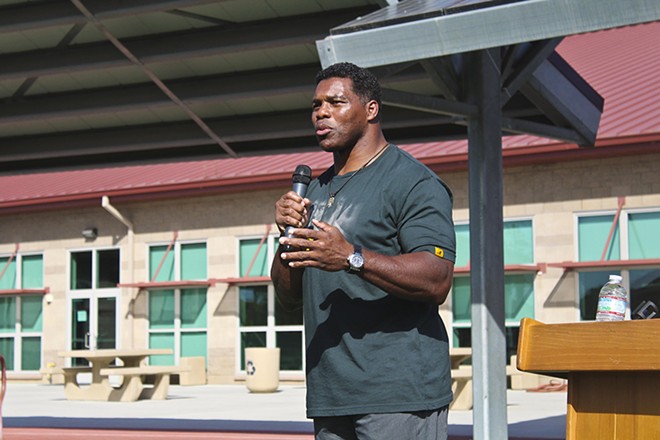 Public domain, Wikimedia Creative Commons
No Exceptions. Except for Herschel.

“So, does this change anything?” asked Dana Loesch, the former firebrand spokeswoman for the National Rifle Association, on her radio show after The Daily Beast published proof that Herschel Walker had reimbursed a former girlfriend — and mother of his child — for an abortion after pressuring her to get it.

“Not a damn thing,” she answered. “How many times have I said these four words–these four very important words: ‘Winning. Is. A. Virtue.’”

It’s not just conservative political commentators who rallied around Walker. Sens. Tom Cotton and Rick Scott announced that they’ll be joining the football-has-been-turned-candidate on the campaign trail in Georgia this week.

You might think that the self-styled party of “family values” might care if one of their candidates paid — in their own formulation — to have his mistress murder their child. Indeed, in the pre-Trump era, political careers were destroyed over less.

Donald Trump never succeeded in building his wall — the one at the southern border, at least. But that doesn’t mean he didn’t build any walls. Rather than a wall of metal and concrete separating the U.S. from Mexico, he built an ineffable wall in the minds of MAGA voters that separates a person from their persona. His wall allows them to maintain an indelible cognitive dissonance about the politicians they support. It renders those politicians immune to charges of hypocrisy. What the person does is unimportant — it’s the persona they’re supporting, anyway. MAGA politicians can recklessly and completely violate the very standards they campaign on and face little to no consequences.

MAGA politicians can recklessly and completely violate the very standards they campaign on and face little to no consequences.

Donald Trump laid down the first bricks before he even got to office. Remember the Access Hollywood tapes, in which then-candidate Trump said that he could sexually assault women on account of his celebrity?

He was elected president just one month later. He spent the next four years building that wall ever higher through his antics. It’s why he remains the most popular Republican in America despite being impeached twice and investigated for corruption three times. It’s why his endorsees can get away with “murdering” their own “babies.”

That wall wouldn’t even have been possible without the new cultural bricks with which it's built. Even a decade ago, candidates campaigned in words and policies. Today, they campaign in memes and hashtags. In his seminal work Amusing Ourselves to Death, cultural critic Neil Postman argued that the medium is the message. Writing in a time before the internet, he documented how the juxtaposition of facts and entertainment on television rendered it all as entertainment. He would have been horrified by TikTok — an online altar to the entertaining.

Trump is the ultimate meme — and he rendered our politics into an endless meme war. And meme wars aren’t about facts, policies, or a record of accomplishment. They’re about vibes. A search for the next dopamine hit.

The meme war of our politics has divorced a politician from their personal choices. It’s why a man like Herschel Walker — with zero credibility as a serious politician — can campaign on an abortion ban with “zero exceptions”… except for, well, Herschel Walker. It’s why he can so flagrantly violate the policies on which he campaigns and not only maintain the support of his party, but count on them to rally to his aide.

It all comes back to power. After all, Herschel Walker is instrumental to GOP control of the Senate. And without Senate control, Republicans can’t keep passing policies that they themselves are immune from. Which should highlight the cruelty of the whole enterprise. It was never about values. It’s about control. Millions of people have lost access to their own bodily autonomy because of this politics of control. But its purveyors can’t even control themselves

Originally published Oct. 11 in The Incision. Get more at abdulelsayed.substack.com. 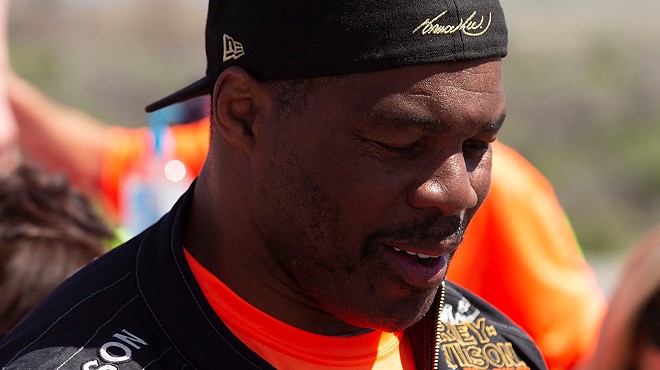 The Herschel Walker dilemma: Republicans have a choice: pursue political power, or keep faith with their own stated convictions. Guess which one they’ve chosen.