Unlike sports, in politics, wins and losses have profound, lasting consequences 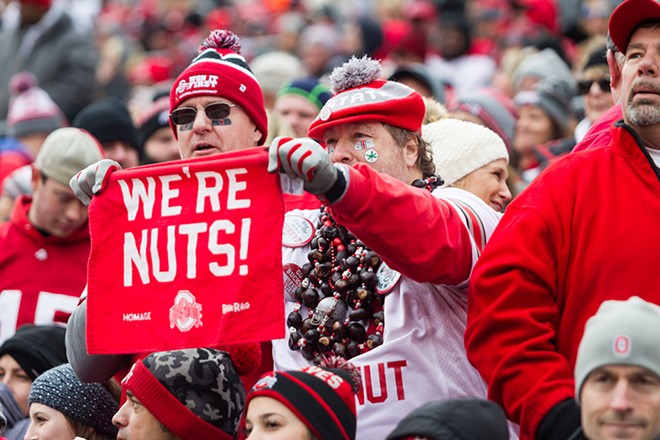 Shutterstock
While rooting against the other team may be harmless in sports, it is far more caustic for our politics.

On Saturday, 17 million people tuned in to watch Michigan absolutely stomp Ohio State in “the Horseshoe,” the decidedly smaller and less impressive stadium in which Ohio State dabbles at football. It was a decisive 45-23 victory for the Wolverines, in which three big passes complemented Michigan’s potent ground games to secure victory for the second year in a row — the first in Ohio since 2000.

I want Ohio State to lose almost as much as I want Michigan to win. Not just in The Game, but in every game. I even root against NFL players who went to Ohio State. I don’t feel that way about every rival. I want Michigan State to lose, sure — but only against Michigan. I root for their players after they leave East Lansing. But not Columbus.

I know my feelings aren’t logical. The fact that, by happenstance, I was born and raised in Michigan is probably the most important reason I hate Ohio State. I like to think that if I were born in Ohio, I’d have seen the light — but probably not. Far too many Ohioans I respect are misguided in this way to think I’d have been any different.

Honestly, despite our leg up on academics, better colors, more illustrious history, and better fight song, the two schools are similar (OK, no they’re not … but humor me). Both are large Big Ten schools in the midwest and proud football programs built on historic success.

Freud has a useful term for the rivalry: “the narcissism of small differences.” It’s the similarities that drive the need to distinguish between one’s self. Maybe, or maybe not. Perhaps it’s just the fact that Ohio State is lesser in every single way that drives my need to see them lose. I’m not proud of this. It’s just how I feel.

OK, of what relevance is my hatred for Ohio State to you? Because they suck. But also because sports are often a helpful metaphor for contentious zero-sum competitions that inspire strong emotions. Except for one gigantic difference. It’s possible to cover sports like an existential battle precisely because sports are socially and politically inert.

It’s a harmless spit valve for the tribalism that seems hardwired into us — the seemingly irrepressible human tendency to organize people into us and them.

The outcomes don’t actually matter. If Saturday’s outcome went the other way, my day today would be — though slightly less satisfying — altogether no different. Sports offer all of the emotion, none of the consequences. Win or lose, we’ll do it again next year. It’s a harmless spit valve for the tribalism that seems hardwired into us — the seemingly irrepressible human tendency to organize people into us and them.

And if relatively meaningless rivalries can inspire such negative feelings against “them,” imagine what values-driven rivalries can do? Unlike sports, in politics, wins and losses have profound, lasting consequences — poverty, inequality, discrimination, and war.

“Negative partisanship” — the hatred for our political “them” — has emerged as one of the most powerful forces in American politics. Pew Research Center has been comparing cross-party attitudes since 2016. They’ve found massive increases in the proportion of partisans who believe that members of the other party are at least somewhat more dishonest, immoral, closed-minded, lazy, and unintelligent than the average American. The proportion of both Democrats and Republicans who endorse four or more of these has nearly doubled in the last six years.

While rooting against the other team rather than for your own may be harmless in sports, it is far more caustic for our politics. It degrades the entire system. Democracy is premised on the notion that we can persuade one another — that ideas can move us. Engaging in democracy with the goal of winning people to our side implies maintaining an ability to persuade them. That requires you to believe in their ability to change. Negative partisanship is antithetical to persuasion — antithetical to democracy.

Political scientists John Sides, Chris Tausanovitch, and Lynn Vavreck have documented a phenomenon in our politics they call “calcification.” It’s a state of play akin to trench warfare — a civic space where our negative partisanship has stymied any effort at persuasion, where elections are won at the margins of turnout.

And in a calcified political environment, beyond rejecting the other side — it’s only a matter of time until one of the parties rejects the system itself. Unlike sports, there are no objective referees in democracy. We’re supposed to call our own fouls. Negative partisanship leaves us equating hate for the other side as hate for the system itself. That’s already been weaponized for recruitment by Big Liars.

So what are we supposed to do? Look, I find the modern GOP’s political goals and beliefs odious — many of them don’t believe someone like me should be in this country, let alone have a platform to air my political beliefs. The issue is whether or not we allow ourselves to return hatred in kind.

And we simply cannot. Democracy itself cannot sustain it. Instead, we must stay committed to winning the future rather than punishing the past. Even if our opponents are from Ohio.

Originally published Nov. 29 in The Incision. Get more at abdulelsayed.substack.com.