Trusting systems — any system — is getting harder to do. But choosing to cheat the system is worse. 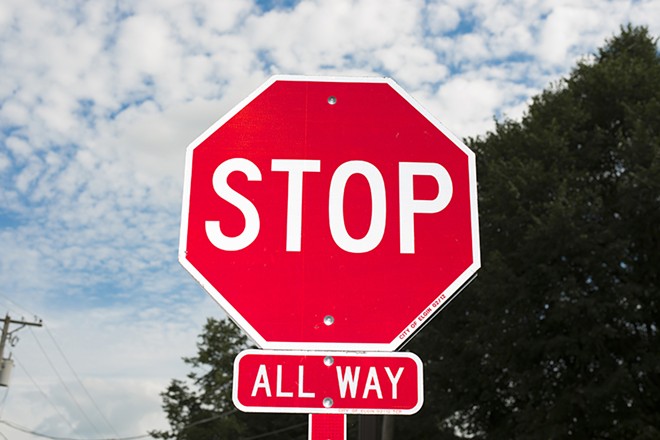 Shutterstock
What we do in our communities builds to our broken national politics — and those politics shape our choices nearer to home.

If you’ve ever driven a car, chances are you’ve stopped at a four-way stop. You know, where two roads intersect at four stop signs. The rules are simple. It’s your turn only after every car that was there before you has gone. If everyone follows the rules, it creates an emergent system, a simple round robin that flows so long as there are cars at the stop signs.

But every once in a while, someone cheats.

The stakes are small enough that the system isn’t enforced, after all. And cheating on a four-way stop doesn’t really harm anyone else. What’s a few more seconds at the intersection in the end? Which is also why the value of cheating is so low. But people do it anyway. They inconvenience their fellow drivers, usually neighbors — or at least people with whom you share a community — to gain just a few more seconds.

I’m always looking for tangible ways to measure our shared commitment to one another — and the number of times someone cheats a four-way stop is helpful, a “four-way trust quotient” if you will. There are several three- or four-way stops I drive through regularly, and I’ve found that the number of drivers who cheat the stops has gone way up over the past several years. It speaks to a broader set of trends that worry me.

To understand why, consider that there are a few possible reasons why people cheat four-way stops. Some simply feel entitled to it. They are just better than having to stop and wait for others. Others, perhaps because of the entitled few, have stopped trusting the system to deliver on what it promises — they cheat before they’re cheated. Then there are those that are just too distracted to pay attention.

Who are the entitled in our political and economic systems? They certainly include the folks who’ve gamed it to deliver more wealth to the very pinnacle of our income distribution than history has ever seen. There are the billionaires that create elaborate schemes to hide their wealth and avoid paying taxes. There are the corporate leaders that have gamed the system to consolidate their market position and moved their money offshore to protect it, only to bring it home to influence our elections to ensure that nothing fundamentally changes. And we can’t forget the politicians whose power depends on that money.

Beyond cheating the system, they promote cultural tropes that say that justify it. They hide behind the cultural notion that it was their “hard work” or “smarts'' that got them there. Not only are they the system’s most corrupt takers, they believe themselves to be makers. This is not to say that power or wealth imply entitlement or rule breaking, but it is to say that entitlement and rule breaking are an increasingly easy path to wealth.

Then there are the folks who watch them, sick and tired of losing turn after turn. If everyone cheats, they reason, I might as well do the same. These are the people who give up on the system. They decided that a system so easily cheated isn’t worth investing in. Millions of Americans are making this choice every single day. Struggling to afford a mortgage or rent, watching their health insurance deductibles creep ever upward, sending their kids to schools that haven’t been upgraded since they went there — it’s not even that they want to get ahead, it’s that they don’t want to keep falling behind.

This isn’t just a metaphor. For those of us anxious about the ways our politics are driving us apart, it’s easy to blame “Washington” for what’s happening. And trust me, they’ve earned every ounce of it. However painful it is to admit, our leaders reflect something in us. What we do in our communities builds to our broken national politics — and those politics shape our choices nearer to home.

While waiting your turn at a four-way stop may not solve the broken incentives that are polarizing Washington, it normalizes the notion that we cannot trust or demand better from them. It tells everyone else that it’s everybody for themselves, rather than everybody for each other.

Because when something breaks, we have a choice about what we do about it. Do we defend it, try to fix it? Or do we participate in breaking it further? When it comes to our politics, I hope we choose the former. And maybe that starts with us, a lot closer to home.

Originally published May 24 by The Incision. Get more at abdulelsayed.substack.com.