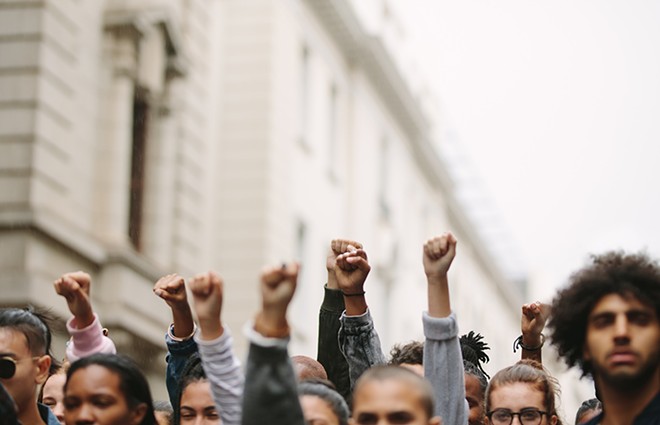 If covering the Trump administration was like drinking water from a fire hydrant, analyzing the Biden era has been like watching a river cresting to a flood. The former was an incessant torrent of incompetence following outrage following absurdity following criminality, all of which numbed us to the collective obscenity.

The latter is a handful of plodding, intermingling storylines drawing to an inevitable conclusion. As recalcitrant Democrats wring their hands over the filibuster and block their party from protecting voting rights or enacting its agenda, Republicans are restricting ballot access, planning an aggressive gerrymandering campaign, and planting the seeds “for a more successful version of Trump’s post-hoc effort to steal the 2020 election,” political scientist David Ferris writes.

We shouldn’t ignore the fact that the GOP is cracking down on voting in communities of color and delegitimizing elections won with Black and brown votes as self-evidently fraudulent. And it’s hardly coincidental that those things are happening while Republicans rally in protest of “critical race theory” —which, conservative critics contend, is “hostile to white people.”

On Thursday, at Gov. Ron DeSantis’ behest, the Florida Board of Education banned “the teaching of Critical Race Theory, meaning the theory that racism is not merely the product of prejudice, but that racism is embedded in American society and its legal systems in order to uphold the supremacy of white persons. Instruction may not utilize material from the [New York Times Magazine’s] 1619 Project and may not define American history as something other than the creation of a new nation based largely on universal principles stated in the Declaration of Independence.”

“Teaching U.S. history just through the Declaration’s principles is like assessing a 50-year marriage through the wedding vows, or maybe just the marriage proposal,” tweeted Princeton historian and 1619 Project contributor Kevin Kruse.

Any American history course that relegates slavery and Jim Crow to “the past” fails its primary mission: using yesterday’s events to understand today’s world. Ignoring the structures that perpetuated white supremacy means failing to grapple with poverty gaps, homeownership disparities, and over-incarceration —or, for that matter, why highways often bisect cities’ Black and white neighborhoods.

Few educators teach critical race theory. But for conservatives, CRT has come to represent any conversation about diversity, equity, or social justice. As a fellow at the conservative Manhattan Institute admitted, “We will eventually turn [critical race theory] toxic, as we put all of the various cultural insanities under that brand category. The goal is to have the public read something crazy in the newspaper and immediately think ‘critical race theory.’”

So CRT opposition became the flavor of the month. Arkansas banned state agencies — though not schools or universities — from teaching employees or contractors “divisive concepts” such as systemic racism. Tennessee banned students from learning that “an individual, by virtue of the individual’s race or sex, is inherently privileged, racist, sexist, or oppressive.” After Oklahoma passed a law with that exact same language, a community college canceled a class on race theory.

Last month, Idaho’s governor signed a bill banning CRT from being taught in schools. Last week, Iowa’s governor signed a bill prohibiting both the teaching of CRT and systemic racism. Texas’s governor will soon sign a bill outlawing anything that makes a student “feel discomfort, guilt, anguish, or any other form of psychological distress on account of the individual’s race or sex.”

On its face, the opprobrium misunderstands the point: CRT is less about blaming white people than interrogating systems of power and privilege. But that’s the very thing that frightens conservatives: If children recognize the culpability of systems, as opposed to individuals, they’ll also recognize that societal problems require collective solutions. The myth of rugged individualism will vanish.

Fear is the common denominator: of losing their place atop the social hierarchy, of their culture being replaced by something that feels foreign, of their children seeing through the self-serving narratives they’ve told themselves for generations. The same fear that justifies misleading students about the history of their country justifies a zero-sum politics that views democracy as the enemy of (their) liberty.

These purposes intersect. By minimizing the legacy of the Black experience, by imagining the past is dead, conservatives can sever modern voter-suppression efforts from their Jim Crow forerunners. The old version was racist; version 2.0 is about “ballot security” — or, if they’re honest, raw power. They design laws to disadvantage Democrats; it’s not their fault those Democrats are Black.

But there’s an irony here. Laws that limit ballot access and gerrymander white conservatives into an outsize share of congressional and legislative seats rest on a fundamental, if unacknowledged, belief that some votes matter more than others. The same, of course, was also true for poll taxes and literacy tests. But connecting those dots requires seeing American history as more than a series of dates and facts — history that asks how and why as much as who and when.

The kind of history Ron DeSantis is eager to eliminate.

Get more Informed Dissent at billman.substack.com. 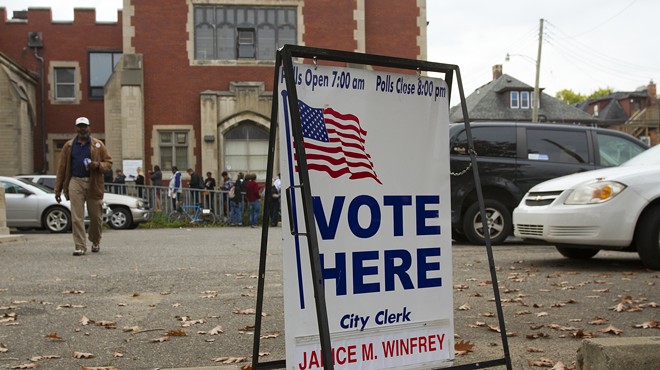