Galls, or growths in plant tissue caused by insects laying eggs, could provide a key to testing for environmental contaminants 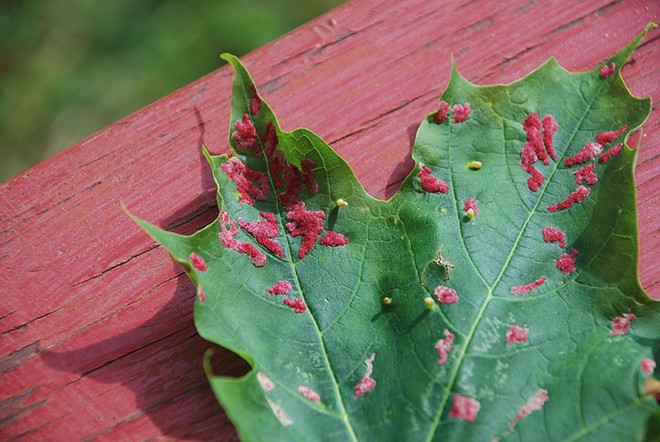 Researchers at Wayne State University are developing an alternative method of monitoring groundwater for toxins.

The process is typically labor-intensive and expensive; it requires installing wells, which can cost local public health departments millions. Or with phytoscreening, researchers can test plant tissue for contaminants from the water they absorb. But some contaminants, such as volatile organic compounds, often aren't concentrated enough to be detected in stems or leaves.

One of the lead researchers, Dr. Glen Hood, an assistant professor of biological sciences, noted they can test galls — the places that plant tissue swells when insects lay their eggs in certain plants.

"If galls serve as vacuums to suck up all of the nutrients so the gall itself can grow, maybe those pollutants and toxins would be caught in that water," he said, "and they could serve as places in the plant where higher concentrations of toxins, or pollutants or chemicals, are accumulating."

Hood said they're working to understand which types of plants and gall-forming insects work well to test for different types of contaminants, and if there's a better time to remove and test the galls. He noted that two undergraduate researchers have been instrumental: Sarah Black, working currently in the lab, and Connor Socrates, who's since graduated from WSU.

Another lead resercher, Dr. Shirley Papuga, associate professor of environmental science and geology, said she hopes this new method for testing groundwater can help with seasonal monitoring in settings such as a growing plume of dioxane — a carcinogen — in Ann Arbor, or a "green ooze zone" in Madison Heights.

"I think one of the other things that we can link to are some of the public-health issues that are pervasive in Detroit, like the preterm births," she said. "We can look at and identify overlaps between parts of the community that may have certain public health issues, and areas having these contaminants in their plant tissue."

Since this method makes use of plant material above the ground, Papuga said, it may be something people can better see and appreciate.

"Galls, even though they're this parasitic, tumor-like growth on plants, they're sort of charismatic and people are excited about identifying them," she said. "And so, it's a another way to get the public, citizen scientists, interested and excited about an environmental problem." 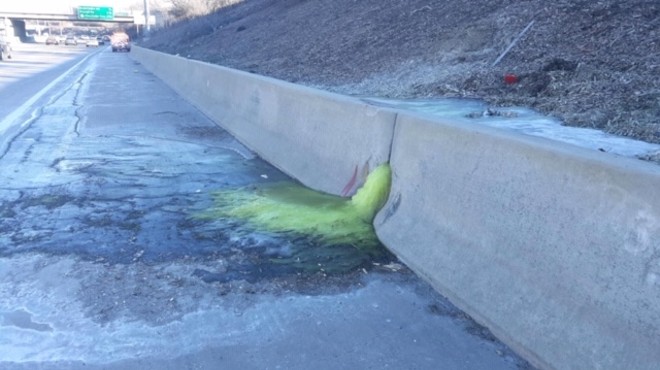