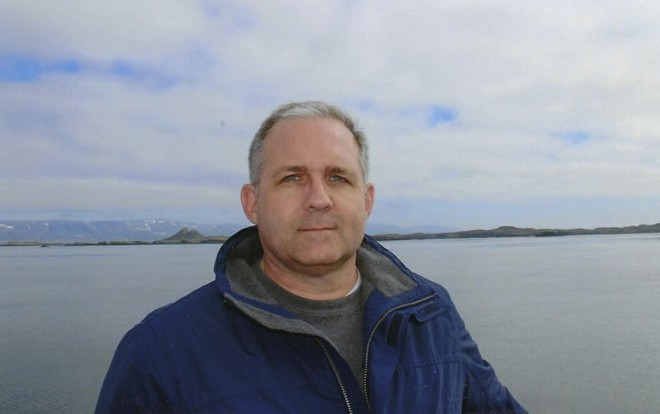 Photo courtesy of the Whelan family via AP
Michigan resident Paul Whelan is being detained in Moscow for alleged espionage.

The U.S. House unanimously passed a resolution Wednesday calling on Russia to release Paul Whelan, a Novi resident who has been locked up since December 2018 on espionage charges.

Whelan, a former U.S. Marine, has repeatedly maintained his innocence.

He was sentenced to 16 years in prison during a June 2020 trial that American officials have called unfair.

“Today, we stood together as a Congress to denounce Paul’s wrongful imprisonment by Vladimir Putin and his Kremlin regime,” Rep. Haley Haley Stevens, D-Wateford Township, said in a statement. “In the nearly four years since Paul’s detention, we have seen (Russian President) Vladimir Putin further isolate himself on the world stage as his government has dissolved into one of lawlessness, leading through threats and violence. We must stand up and make it clear that American citizens will not be used as political pawns by Putin.”

The resolution comes on the same day news broke that another former U.S. Marine, Trevor Reed, was released from a Russian prison as part of a swap for a convicted Russian drug trafficker who has been locked up America.

“While we celebrate the release of American Trevor Reed from Russia, sadly Paul Whelan remains a political prisoner,” said Rep. Dan Kildee (MI-05). “I thank President Biden for his continued commitment to bringing Paul home, and none of us will stop advocating for Paul’s release until he is home in Michigan reunited with his family. Paul has been unjustly detained for more than three years, with no credible evidence presented in his case and Russia denying his basic human rights. It is time for Paul to come home.”

In October 2019, the U.S. House passed a resolution calling for Russia to either provide evidence against Whelan or release him.

“As Vladimir Putin wages a barbaric war in Ukraine, we cannot forget the American citizens like Paul Whelan who have been languishing as political prisoners in Russia for years,” said Rep. Tim Walberg, R-Tipton. “After enduring such hardship, Paul’s health is deteriorating and he’s unable to receive reliable treatment. This is a grave injustice. We have continued to press Paul’s case at the highest levels, and I am pleased that our resolution calling for his immediate release has once again passed the House with strong bipartisan support.”