Unlike COVID, monkeypox shouldn’t be so hard to fight. So why have we failed to contain it?

The pox on our house 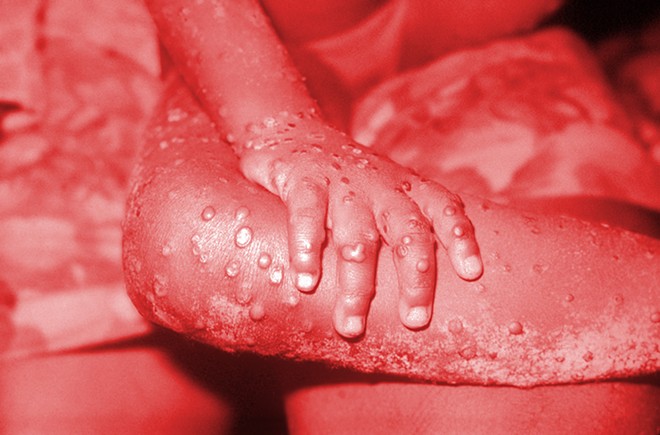 Shutterstock
Our society can’t handle another mass-scale pandemic like COVID. Right now, monkeypox is showing us just how unprepared we are.

Over the weekend, World Health Organization Director-General Tedros Adhanom Ghebreyesus declared monkeypox a “Public Health Emergency of International Concern.” “We have an outbreak that has spread around the world rapidly through new modes of transmission, about which we understand too little, and which meets the criteria,” Ghebreyesus said.

A PHEIC is defined as an “extraordinary event which is determined to constitute a public health risk to other States [countries outside the original country of origin] through the international spread of disease and to potentially require a coordinated international response.” That sounds about right.

Monkeypox has infected nearly 16,000 people since the first cases in the U.K. were discovered just 10 weeks ago, the vast majority queer men. In the U.S. alone, there have been 2,900 cases across 44 states. The fact that we haven’t been able to contain monkeypox in the U.S. demonstrates the terrible toll that COVID has taken on our public health system. And it should put an exclamation point on the urgency of the rebuilding work ahead of us.

The rise of monkeypox probably brings back memories of the early days of the COVID pandemic — the first time most Americans were forced to pay attention to public health. But let’s put it into context. The challenge of COVID was truly staggering.

We were dealing with a novel virus, meaning that we understood little about its transmission, its pathophysiology, or its natural history. There were no treatments and no vaccines. Even our attempts to borrow from what little science we did have about its closest relatives was flawed. SARS-CoV-1, the coronavirus that caused the SARS epidemic in the early aughts, was only transmissible after symptoms developed; SARS-CoV-2 began transmitting a few days earlier — changing its epidemiology dramatically. Conserving personal protective equipment for those dealing with symptomatic patients makes sense for SARS-CoV-1 — it’s disastrous for SARS-CoV-2.

COVID was airborne. It could transmit in as little as 15 minutes in an enclosed space — allowing for the kind of explosive growth that we all watched in spring of 2020, and continue to see with every COVID surge. Scariest of all, COVID was extremely deadly — requiring drastic measures to stop spread immediately; measures that inevitably led to the pandemic’s politicization.

But monkeypox is none of those things.

Monkeypox is well understood; we’ve known about it since 1958! We have effective vaccines. It has a long incubation period — up to three weeks! — which offers us a window even after exposure to vaccinate people and prevent them from manifesting infections. It’s like the virus is giving us a grace period.

The fact that this outbreak has been concentrated among a tight-knit, well-connected community should make it even easier to contain. Before I go on, I want to be clear: stigmatizing any community because of diseases that happen to emerge among them is both morally bankrupt and self-defeating. There has been a well-warranted fear that messaging that explicitly identifies the LGBTQ+ community as being at particular risk could further stigmatize them, particularly considering the brutal history of the way that HIV/AIDS was used to stigmatize the community. But this does not absolve public health officials of the responsibility to protect folks in the community. And a thoughtful engagement with the community to tackle the outbreak from the jump was critical.

Monkeypox should have been easy to contain, yet the mistakes have been legion. Whether it’s been a limited stockpile of vaccine, misallocation of available doses based on disease burden, or limited testing availability or processing — all of these have left people at risk scrambling. Monkeypox data-sharing and resource coordination between state and federal public health authorities has been shoddy at best. And nearly 10 weeks into this outbreak, the fact that we’re still scrambling is confounding.

Monkeypox is a relatively mild disease. To date in this outbreak, five people have died of monkeypox — all in sub-Saharan African countries with very limited healthcare access. Yet the risk remains. Monkeypox is a misnomer; it’s actually a rodent disease. There’s real risk that monkeypox becomes endemic by jumping into local rodent populations, like rats in New York City. If that happens, there’s no going back: Monkeypox could be with us permanently.

Worse still, the politicization of public health through the pandemic has left administrators thinking twice, double and triple checking themselves in ways that slow down an already rigid bureaucracy. Even an early City-led effort in New York to halt the virus in its tracks was stymied by a sluggish federal government hoarding available doses sitting uselessly in a stockpile in Denmark.

Our society can’t handle another mass-scale pandemic like COVID. Right now, monkeypox is showing us just how unprepared we are. The only thing standing between us and the next one is time. So we damn well better start using it to prepare.

Originally published July 26 in The Incision. Get more at abdulelsayed.substack.com.