When Justin Nichols, an Iraq War veteran, was diagnosed with post-traumatic stress disorder in 2015, the VA put him on a cocktail of prescription drugs, including Trazodone, antidepressants, and other pills whose names he can’t call up because he “could never even pronounce” them.

The side effects eclipsed the benefits.

“They put me on a roller coaster ride,” he says. “I would wake up in the morning, get dressed, and didn’t even have the motivation to walk out the door. They would almost accelerate the issues that I was experiencing at the time. I wasn’t myself.”

Eventually, relief came in the form of marijuana. Nichols obtained his medical card and says he was able to find a caregiver who had served other veterans and cultivated strains that almost perfectly addressed his symptoms. The pot quelled his anxiety and helped him sleep through the night, when previously, he’d been getting just three to four hours of rest.

“I’m lucky to have [a grower] who puts so much care into it,” says Nichols. “The way that he grows, the clean process that he has — not putting things in there that my body isn’t used to processing — is extremely important. This really is my life and marijuana affords me a lot of things, and to be without it, that would be starting at square one and not having a plan B.” 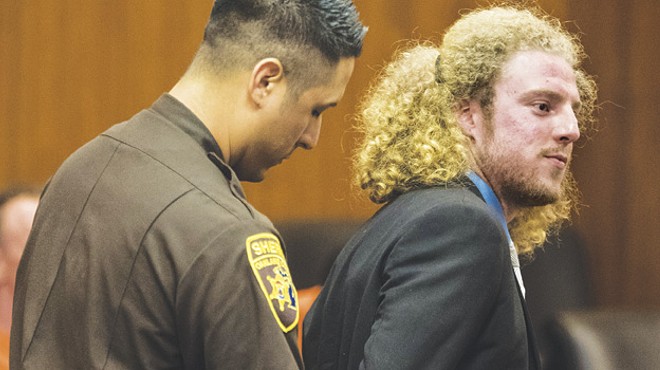 But Nichols may soon have to come up with that plan B. That's because Troy, where Nichols' caregiver operates, recently passed an unusual ordinance limiting the number of caregivers within its borders, in a move that will cause Nichols’ caregiver to lose his permit to grow. Though he’ll be able to reapply for the limited number of permits available, that step is complicated by the fact that getting a permit now requires a caregiver to disclose the identities and ailments of their patients. It’s a disclosure Nichols says his caregiver does not want to make, and one he believes he shouldn’t have to.

The issue has prompted Nichols, a Plymouth resident, to bring a lawsuit against Troy alleging that the city is violating health privacy laws by requiring caregivers to provide the information.

“As someone who has defended this country, I take rights very seriously,” he says. “So when I hear that as a patient, my information is going to be put out there, and really for no benefit that I can see … [it shows] people’s rights are at stake. And when you start letting certain rights like this go, other rights are soon to follow.”

Passed unanimously by the Troy city council in April, the new medical marijuana ordinance is ultimately designed to help whittle down the number of caregivers from 78 to 36 by limiting the number of certificates of occupancy to be issued to growers. Troy has made it so that any grower cultivating marijuana for more than just themselves must be in an industrially zoned building and obtain such a permit. The city has opted out of the Medical Marihuana Facilities Licensing Act (MMFLA), in a move that keeps out the larger grows, dispensaries, and other marijuana businesses made possible under state laws passed in 2016.

‘As someone who has defended this country, I take rights very seriously. ...When you start letting certain rights like this go, other rights are soon to follow.’

Troy's city attorney says the limits are about protecting "the health, safety, and welfare of the city.”

"If you have a large concentration of these types of establishments there are concerns," says Lori Grigg Bluhm. "There were some raids done by the federal government, we have had violations where [caregivers] have left [marijuana plants] in homes and they've just trashed the homes and neighbors are left to deal with the odor ... We've also had some issues with the buildings, when they come and make changes to the building and basically destroy it."

Bluhm further claims the restrictions are needed because Troy has a higher-than-normal concentration of caregivers. Bluhm was unable to say how she came to that determination and the assertion is difficult to evaluate. Most other cities don't require caregivers to obtain a specific permit and the state, in publicly available data, does not break down the number of caregivers by city. Statewide, there were .0036 caregivers per capita a few years ago; Troy has just .00089 caregivers per capita.

The lawsuit filed on behalf of Nichols is just one of three filed against Troy by the Clark Hill law firm and Cannabis Legal Group. Another suit, filed on behalf of several caregivers in the city, alleges the ordinance is invalid because it adds unlawful restrictions to the Michigan Medical Marihuana Act, was passed without being submitted to the city’s board of zoning appeals, and violates the constitution because it requires that growers be ready to undergo an inspection of their facility with just 15 minutes of warning.

“This is one of the most abusive forms of government intrusion I think I've ever seen,” says Jason Canvasser, an attorney on the suits.

Another attorney who specializes in marijuana law and tracks cases across the state says it’s rare for cities to try to limit caregiving through local ordinances. Thomas Lavigne with the Cannabis Counsel says those that have have taken the Troy approach of forcing caregivers from their homes and into industrial buildings or requiring that they get a specific type of license or suffer a penalty. His firm fought and won a case over a similar issue in Warren, but the city has appealed.

“The trend is for courts to strike these down,” says Lavigne. “[The Michigan] Supreme Court has already ruled … that any local ordinance that penalizes activity under the Medical Marihuana Act is void and preempted by the act.”

But he says that some cities are “hanging their hats on a dangling footnote” of the opinion in that key case, Ter Beek v. City of Wyoming, in which the court said it was not making a determination on whether cities could enact zoning restrictions for medical marijuana grows.

Bluhm acknowledges regulations like those passed by Troy are rare in municipalities across the state, but she says they’re necessary.

“We are probably one of the first to impose a limit, but just because there’s a right to grow marijuana doesn't mean you can disregard all of the other laws of the state,” she says, referencing fire and other building safety codes that need to be met by caregivers in order to obtain a certificate of occupancy.

Bluhm also argues that the city was within its authority to implement the rules. She says the ordinance is an exercise of police powers, and therefore the issue did not need to go before the city’s Zoning Board of Appeals, where it would have necessitated a public hearing.

“It’s tied to enhancing a health, safety, or welfare concern,” she says. “For example, we have a hookah ordinance that was brought on because we were having a lot of police calls and litter and trash and everything else … and the city council found they wanted to protect the residents against criminal activity.”

Bluhm further claims that patient information collected by the city will only be used for enforcement and will not be disclosed to the general public or available under the Freedom of Information Act.

But the city's legal rationale provides no comfort to Nichols. He believes Troy has failed to honestly answer why it’s restricting patient access to medicine in the first place. 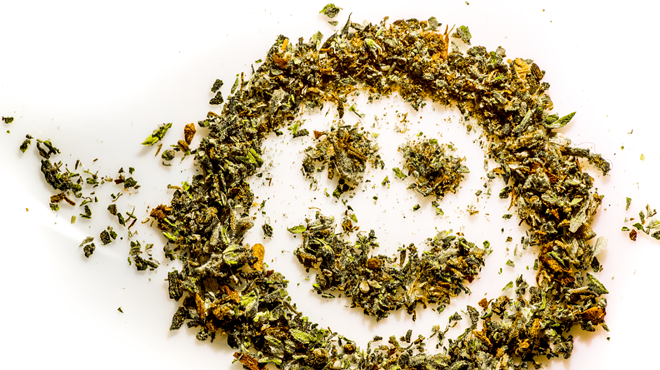 “In a way, I’m surprised [by what’s going on], because it’s 2018 and we’re coming up on state licensure and even maybe legalization,” says Nichols. “But you still have a lot of minds out there that have a very old way of thinking or a very selfish way of thinking … [and they let their] personal issues, their personal vendettas get in the way of them helping the people they’re supposed to be serving.”

The cases against Troy are being brought in Oakland County Circuit Court, where a judge today denied a motion to stay the implementation of the ordinance. The next hearing in the cases comes next week and involves a group of caregivers set to lose their licenses because they received certificates of occupancy after a Jan. 1 date set by the city.