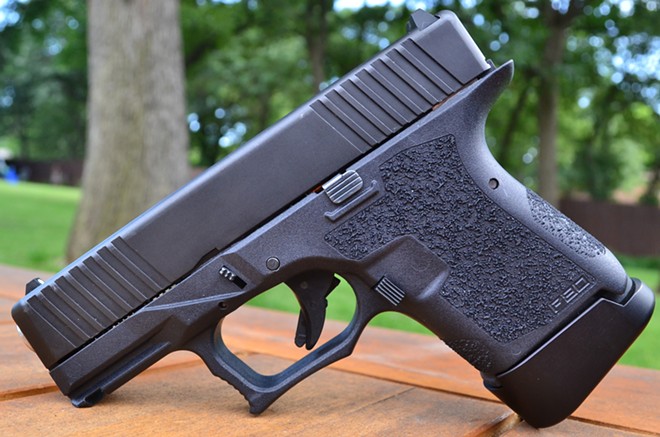 Shutterstock
A 9mm "ghost gun" assembled from parts made using a 3D printer.

U.S. Rep. Rashida Tlaib is calling on President Joe Biden to rein in the use of untraceable, home-assembled firearms — “ghost guns” that have been linked to murders and violent crimes nationwide.

In a letter to Biden sent on Thursday, Tlaib said a legal loophole enables people to easily assemble a ghost gun by using parts from a 3D printer.

While Biden recently banned the possession of ghost guns, the law is structured in a way that makes it legal to create, possess, and distribute blueprints of 3D printings of guns.

“At the moment, it is illegal to own a ghost gun, however, because the 3D printed codes can be legally distributed, Americans can legally manufacture the parts, and create their own illegal gun that is completely untraceable and incredibly dangerous,” Tlaib wrote in the letter co-signed by six Democratic colleagues. “These weapons continue to pose a threat to the safety of our schools, stadiums, places of worship, and other gathering places within our communities.”

“The Biden Administration can take immediate lifesaving action without cost, and protect our communities by amending the State Department’s Munitions Code, making sure that these lethal blueprints are not available to the public,” Tlaib wrote.

Under a federal rule by the Biden administration, makers of gun kits are now required to include serial numbers, have federal licenses, and run background checks.

The Giffords Law Center, a prominent gun control group, is suing the Biden administration for leaving “mile-wide loopholes” that have “flooded the country” with ghost guns.

Although Republicans have ramped up rhetoric that Democrats are soft on crime, the GOP continues to prevent gun control measures from being enacted.