This year’s flu season is ‘especially severe,’ but Michigan lags in vaccinations 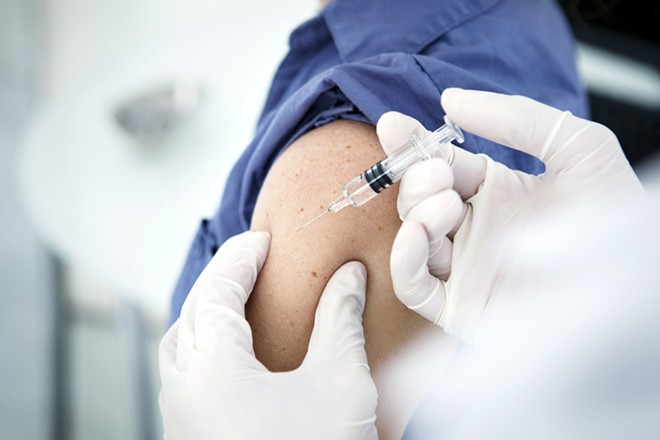 Shutterstock
This year, it appears doubtful that Michigan will reach its goal of vaccinating 4 million people against influenza.

Michigan’s chief medical executive has good news: Respiratory syncytial virus, or RSV, cases are down after soaring in the state last month, leaving pediatric hospitals overwhelmed by an illness that sickened children across the country.

Then, however, comes the bad news.

“As the RSV cases decline and we’ve heard from hospitals that they’re getting a little bit of a breather, we’re seeing a rise in influenza cases,” Dr. Natasha Bagdasarian said in an interview with the Advance.

Now, the state’s top doctor is bracing for “an especially bad cold and flu season” at a time when COVID-19 continues to hospitalize and kill people and the general population is not getting vaccinated against the flu like it did before the pandemic.

That translates to 2.6 million Michiganders getting the flu vaccine as of Dec. 3, according to the state Department of Health and Human Services – fewer than last year’s 3 million and the 3.3 million in 2020.

“Our goal was to get to 4 million for the season, so we’re falling short,” Bagdasarian said of the flu vaccine.

This struggle to get people vaccinated against influenza is emblematic of an ongoing challenge for public health officials: How do they reach a population that, after nearly three years of COVID-19, just doesn’t want to hear about illness anymore? It’s a question being answered by health workers who, for years now, have faced threats of violence and acts of aggression from a largely right-wing movement that has pushed conspiracy theories and disinformation about the COVID-19 vaccine and has been enraged over COVID-19 mitigation efforts, like mask mandates.

For Bagdasarian, who is a specialist in infectious disease and became Michigan’s chief medical executive a little more than one year ago, the question of reaching people is rooted in one basic message: Public health officials and health care workers are here to save lives and keep people from getting seriously ill.

Part of addressing both trauma among health workers and the tension that exists between them and portions of the public “is to build communication and a sense of community engagement,” Bagdasarian said.

“It became very tense and very ‘you against us,’” she continued. “How do we rebuild those relationships so communities understand what public health and health care workers are trying to do? We all want the same things: safe, healthy communities.”

As faith in the country’s public health infrastructure is repaired, the more likely it will become that individuals will seek out vaccines for the flu, COVID-19 and other diseases, the doctor explained.

This year, however, it appears doubtful that Michigan will reach its goal of vaccinating 4 million people against influenza. In the wake of this, Bagdasarian is urging people to remember: Influenza, like COVID-19, loves a weary population that has largely abandoned efforts to prevent illnesses from spreading, such as through masking. It is in this population that the flu and COVID-19 can spread best. And while these are messages that do not seem to resonate with the public in the way they did at the beginning of the pandemic, it remains crucial that people stay home when they’re sick, cover their mouths when they cough or sneeze, and wash their hands to prevent the flu (and COVID-19) from spreading, Bagdasarian said.

If someone must go out when they’re sick, they should wear a tight-fitting mask, the doctor noted.

“In a way, we’ve thrown the baby out with the bathwater,” she said. “There is a lot of fatigue towards some of those really broad mitigation strategies, like masking or staying home when you’re sick.

“There are a lot of folks who just want to get back to their lives, and I understand that, but we have to be cognizant of the fact that this is an especially bad cold and flu season,” Bagdasarian continued.

So far, Michigan has not seen the same kind of flu activity that other states have, Bagdasarian said, but she noted that is expected to quickly change. According to the U.S. Centers for Disease Control and Prevention (CDC), between 13 million and 27 million people have come down with the flu nationwide and at least 7,300 individuals have died from it between Oct. 1 and Dec. 3. In that same time period, there were at least 120,000 influenza hospitalizations, the CDC reported.

“The 2022 influenza season has been especially severe and has really caused a lot of burden to health care,” Bagdasarian said.