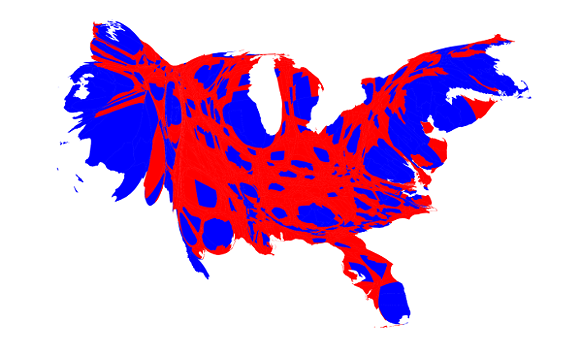 University of Michigan professor Mark Newman has stretched, smushed, and splattered a map of the United States of America in order to better represent the way residents voted in last week's presidential election.

The result is a dysmorphic representation of our country that tells a clearer story about how we voted and it makes a heck of a lot more sense than a map that simply blocks each state out in red or blue. 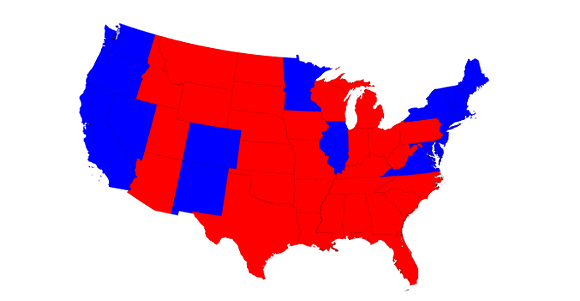 Given the fact that the popular votes cast for the two major party candidates constituted a statistical draw (which doesn't matter because of the electoral college), this map doesn't exactly reflect how people really voted. A glance at this map and you'd think most people in most states voted Trump. But, we know that's not true. Thus, it's a poor depiction of what really happened on Nov. 8, 2016.

The map below is called a cartogram and it does a couple things — first, it enlarges smaller states with bigger populations to better reflect the number of voters in those states. Then, he ditched the idea that only two colors can represent the way people voted and instead instituted the use of red, blue, and shades of purple. This is the result:
click to enlarge 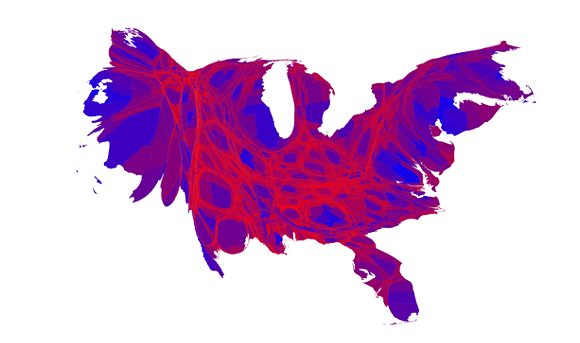 Basically, it looks like a second grader's attempt to draw America and then tie-dye the whole thing, but it paints a much clearer picture of how people voted. Does it make any difference considering Trump's now president-elect? Nope.

If you want to read the breakdown Newman's map, you can click here.