The Year of Covfefe 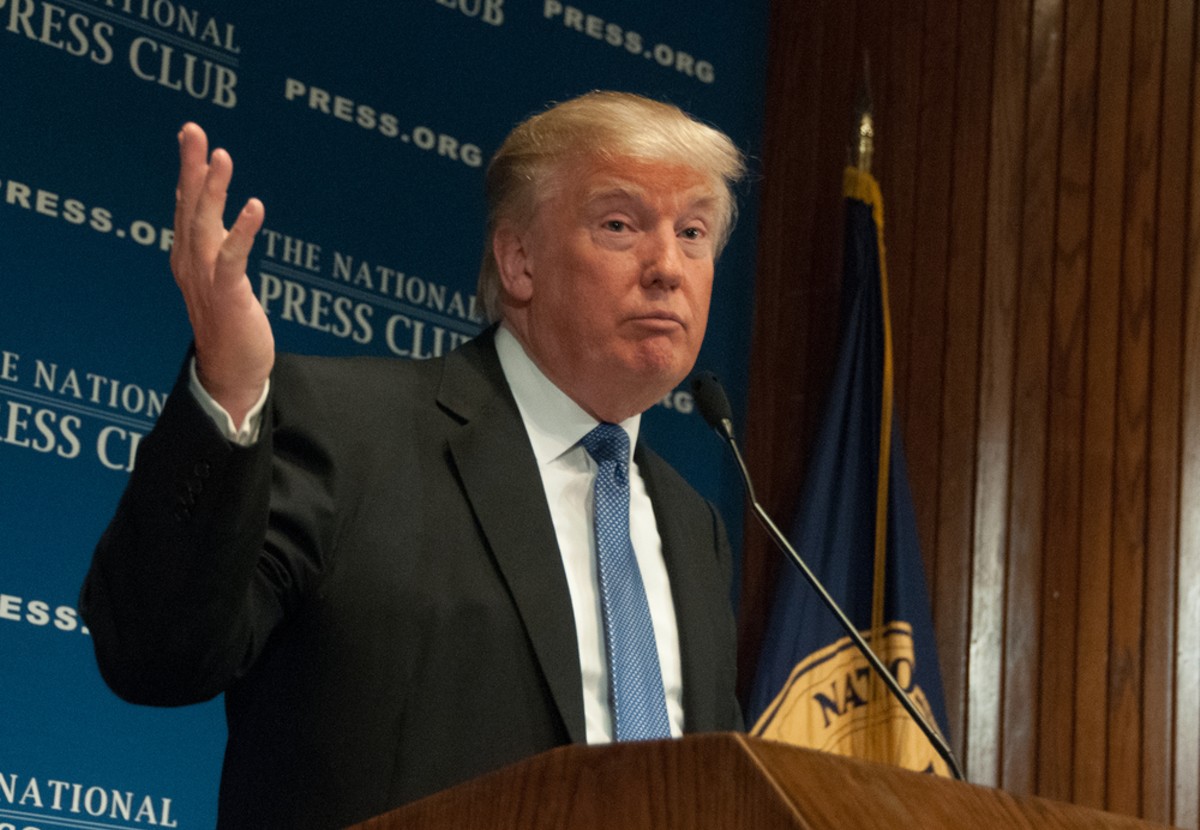 As the current year sashays into our rearview mirrors, I declare 2017 as the Year of Covfefe — the year of a lot of nonsense.

A lot of that nonsense originated with President Donald Trump, who loves to strut around and take credit for coining new words and phrases. Back in October, he took credit for having coined "fake news," but added a caveat to his own originality when he told Mike Huckabee on Trinity Broadcasting, "I guess other people have used it perhaps over the years but I've never noticed it."

In other words: Somebody else may have done that — but if I didn't notice it then it doesn't count.

So was that a clever bit of nonsense or what? For that I give him the Little Richard Language Innovation Award. Singer Little Richard brought us such innovative words as "Tutti Frutti," "Bama Lama-Bama Loo," and of course, the immortal "A-wop-bop-a-loo-bop-a-lop-bam-boom." Of course, I'm not sure what that translates to in any known language.

There was a lot of other nonsense that we were treated to this year. For instance, although Trump managed to edge out Hillary Clinton in the electoral vote in November 2016, he just couldn't let her slide into the past. It seemed that this year every time there was mention of the investigation into the Trump campaign's "Mmmbop"-ing around with Russians, all the president could respond with to that subject was, "Hillary, Hillary, you should be investigating Hillary."

He said it a lot, which probably took time away from the loop of Chuck Berry's "My Ding-A-Ling" playing inside his head.

Oh, the nonsense was spread far and wide. After years of carping about the Affordable Care Act and running campaigns on the theme of "repeal and replace," one would think that when Republicans took over both houses of Congress on day one of the administration they would walk in and slap the new health care bill on the table for all to see. I'm pretty sure there was a lot of "on day one" talk about a lot of things during the campaign season.

However, when it came to health care all they seemed to come up with is a little "Wobble Wobble" and see you next year.

Unfortunately, the same thing did not happen with the big tax break for the rich that the legislature came up with. At least it took them most of the year to get around to it.

Locally, our very own Kid Rock made some nonsense this year by toying with us about possibly running for a Senate seat. Rock was a vocal supporter of Trump in the campaign season and posed for a photo with the president and hack rocker Ted Nugent. That scene must have been interesting with "Bawitdabas" and "covfefes" flying about the Oval Office. After all, Rock and Trump do share an affinity for creating new words.

But alas, Rock has since claimed the campaign was a stunt. No shit. However, the Kid Rock for Senate website is still up, and seems to be selling T-shirts and hats. The lawn signs and bumper stickers are sold out. But there is no sense to this. If he is not running, is he just selling extra inventory instead of dumping it?

Then we had a nonsensical mayoral election in which Mayor Mike Duggan had no significant opposition. And Coleman Young II — after all the "motherland" nonsense that people around here didn't go for — threw his hat into the ring to replace former Rep. John Conyers Jr., who got caught up in his own nonsense this year with allegations of predatory sexual behavior.

The same thing happened to Pulitzer Prize-winning journalist Stephen Henderson just a couple of weeks ago. Henderson was fired by the Free Press after an investigation found that he had hit on a manager in another department several years ago and had "sexually themed conversations" with another woman at an away-from-work social event. Neither of the women chose to file charges. This case is not so clear-cut as others, and WDET-FM, where Henderson broadcasts a morning talk show, kept him on and allowed him to tell his side of the story on the air.

As of press time, Henderson was considering a lawsuit against the Free Press.

WDET General Manager Michelle Srbinovich said on Henderson's show that based on available information "WDET did not see cause to terminate Stephen Henderson's contract at this time and we made the decision to have him return to our airwaves as the host of Detroit Today."

So, at this point, I'm still trying to make sense of this Henderson thing. The Free Press seemed very quick to let him go, and at the same time WDET is keeping him around. If indeed Henderson sues, there is a lot more on this that will come out.

There's plenty more that happened in Detroit this year. For instance, Monica Conyers entertained us again after being ejected from her radio position at 910AM Radio Superstation for behaving like an entitled prima donna.

We marked the 50th anniversary of the '67 rebellion with more hoopla than I've seen for almost anything else around here. That was topped off with an actual Hollywood movie, Detroit, premiering at the Fox Theatre. The movie was OK but didn't live up to the hype. After 50 years, I don't think anything could capture all that transpired and transfixed us all this time. There is still no making sense of all that came out of 1967.

Then again, there are plenty of things coming out of 2017 that will never make sense — much of that being Trump's behavior on the international scene. He insulted, bullied, and embarrassed people on a regular basis. Just last week his United Nations Ambassador Nikki Haley threatened the U.N. for holding a vote to denounce Trump's decision to recognize Jerusalem as the capital of Israel against the advice of damn near every nation in the world. "This vote will be remembered," she ominously intoned.

Yet the whole situation would not have happened had Trump not been hot to flip the bird to everyone else.

But that's the thing about Trump. He is just way beyond any normal human beings when it comes to the coolness of who he is. This whole language thing is a great example of that. Not only is Trump coining new words and phrases, but he's taking the old, unnecessary words out of circulation. The Trump administration has advised the federal Centers for Disease Control and Prevention that it should not use the words "science-based," "fetus," "transgender," "diversity," "vulnerable," "entitlement," and "evidence-based" in documents. You see, Trump giveth and he taketh away.

Hopefully about this time next year he'll be taken away and we'll be singing "Na Na, Hey Hey Goodbye." In the meantime, though, all I can do is raise the glass and say, "Dilly dilly."