Divining the meaning of a report clouded in bureaucratic jargon. 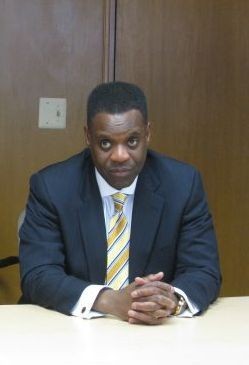 Reading through the report Detroit Emergency Manager Kevyn Orr submitted to Gov. Rick Snyder on Monday, we here at the Hits began feeling even more dejected and pessimistic than usual.

Given that we’re almost always in a doom-and-gloom mode, that’s saying something.

In the legally mandated report submitted 45 days after taking control of Detroit, Orr begins by pointing out that, in terms of both debt and revenue, even more bad news could be on the horizon for a city that has long been sinking.

The city would be completely out of money already if it weren’t for a combination of deferring payments to pension funds (along with other “obligations”) and massive borrowing, according to the report. At times clouded in bureaucratic jargon, the report is painfully clear on this point:

“The city of Detroit continues to incur expenditures in excess of revenues despite cost reductions and proceeds from long-term debt issuances. In other words, Detroit spends more than it takes in — it is clearly insolvent on a cash flow basis.”

As if being broke weren’t bad enough, Orr helpfully points out how things can get even worse:

“The calculation of the city’s total debt obligations as set forth [in this report] may be marginally greater than the amounts previously addressed publicly. Notably, there is also a risk that the total debt will increase after further relevant data. And, while it is expected that revenues will remain at current levels for the near term, there is the possibility that revenues may decline due to number of factors, including changing demographics, tax reform and assessment rationalizations.”

In terms of “changing demographics,” the concern is that Detroit is going to continue dealing with the lost tax revenue associated with the ongoing exodus of residents. For all the attention given to downtown development efforts by billionaire business tycoon Dan Gilbert and others, along with the ongoing resurgence of the midtown area, the hard truth is that the hemorrhaging of residents hasn’t been stanched. As of December 2012, according to an estimate provided by the Southeast Michigan Council of Governments, the city’s population had sunk to just 685,000 — a drop of 28,000 people since the census was taken in 2010. Lost along with those people are vital income tax revenues.

Adding to the problem has been a severe cut in state revenue sharing, which has dropped from $263 million a year in 2010 to $173 million in 2012. According to our calculator, that’s $90 million a year less that the city has to work with.

Given that, it would be hard to argue that Lansing hasn’t played a significant role in the city’s current cash crisis. But we couldn’t find anywhere in the report where Orr levels that criticism at boss Snyder.

Likewise, although city officials bear zero blame for the tax revenues lost because of the collapse of the housing market (caused by predatory lenders and Wall Street flimflammers) and the high unemployment rates that resulted from the economic crisis that collapse ignited, Orr makes it sound as if the city’s financial crisis is somehow all its own doing.

We’d bet that all the mainstream media’s coverage of Orr’s report will prominently feature this paragraph:

“The city’s operations have become dysfunctional and wasteful after years of budgetary restrictions, mismanagement, crippling operational practices and, in some cases, indifference and corruption. Outdated policies, work practices, procedures and systems must be improved consistent with best practices of 21st century government. A well-run city will promote cost savings and better customer service and will encourage private investment and a return of residents.”

We’re not here to defend the mayoral administrations of the felonious Kwame Kilpatrick or the bumbling, ineffective Dave Bing, but given the role outside forces have played in contributing to the city’s financial crisis, it does a disservice to the city not to emphasize the big-picture factors in all this.

To be fair (or at least pretending to be), we should point out that the report does note that the city “has faced strong economic headwinds during the last several decades …”

And it’s not as if city officials had completely buried their heads in the sand leading up to this point. As Orr himself points out in the report, as the result of all the sweeping cuts that have been made, “most city departments and functions are understaffed given the current process.”

Improvements in efficiency and technology could reduce the “overall employee headcount” even more in the future, Orr writes in the report, but that “to stabilize current operations and to effectuate a significant restructuring effort, additional labor sources likely will be required in the short-term.”

That will mean, at least in part, adding to the $17 million being paid to outside entities the state has forced the city to hire to help clean up the financial mess. As the report notes, so-called “third-party experts,” otherwise known as consultants, will by hired by Orr to restructure both the Police Department and the Fire Department.

It’s not clear where the money to do that will come from, but it’s not likely to be paid for with borrowed funds.

Why do we say that? The combination of multiple credit downgrades in recent years (reducing Detroit-issued bonds to “junk” status) and legal debt limits mean that “the city has effectively exhausted its ability to borrow,” according to the report.

One certain target for cuts is going to be health care costs, expected to hit $263 million in the next fiscal year, with both current employees and pensioners feeling the bite.

The report, however, is not completely disheartening. Taking note of the city’s $15 billion in long-term debt, Orr declares that the “restructuring of the city’s debt and other liabilities is essential to provide the city with a strong balance sheet and the financial foundation to raise new capital, attract new public and private investors and make the necessary reinvestments in the city. Without a significant restructuring of its debt, the city will be unable to break the cycle of damaging cutbacks in essential municipal services and investments. …

“Significant and fundamental debt relief must be obtained to allow the city’s revitalization to continue and succeed.”

Just as the law required Orr to submit his report to the governor, he must also hold a public meeting to discuss it within the next 30 days. We’d say it would be a good idea to have the room filled with people eager to see the emergency manager live up to those words.