The COVID mistake we keep on making 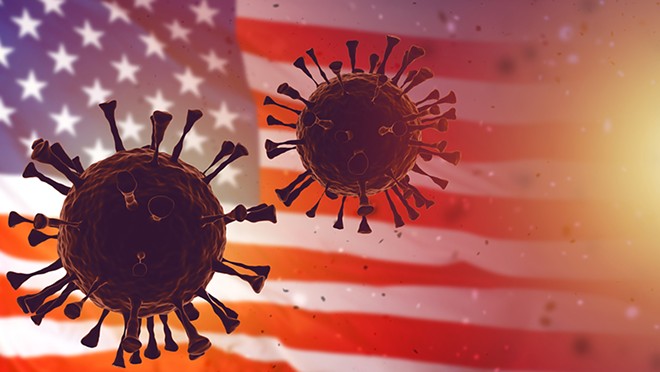 Shutterstock
What Congress’ failure to fund COVID prevention says about our government’s capacity to protect us from the threats we face.

I’m sick and tired of COVID. I’m tired of the worry. I’m tired of having to make hard decisions about participating in normal activities (my daughter is too young to be vaccinated). I’m tired of talking about COVID with friends, family, co-workers, and random people on the street.

I bet you’re tired too.

But I’m a little more accustomed to having to think, talk, and write about serious risks to people’s health. After all, I chose this life. I trained as a physician and epidemiologist.

You (probably) did not. For most Americans, your introduction to the world of public health came through this pandemic: trying to interpret case rates, understand conditional probabilities, and wrap your mind around viral evolution. You received a public health education-by-pandemic.

But all this crisis response has led to the horribly misplaced assessment that once the crisis has abated, we can stop with all the public health. Yet that’s when public health is most important.

Which is why we’re failing again. On Wednesday, at the behest of their GOP colleagues, Congressional Democrats decided to drop $15.6 billion dollars of COVID preparedness funding out of a sweeping spending package. This was already down from $22.5 billion requested by President Biden in his State of the Union, itself down from the estimated $30 billion he’d need to adequately fund his priorities.

This would have been $15 billion for testing, antiviral medication, and vaccines. Things we need not just to close out the omicron surge, but prevent the next one.

First of all, the pandemic isn’t over. As I’ve written again and again, you can’t declare a pandemic over from the present. It’s something we’ll have to do long after the final COVID surge has ended.

And as alpha, beta, delta, and omicron should have drilled into our heads already, this virus mutates extremely efficiently. This is not the time to let off the gas. Just three months ago, in the midst of our worst surge yet, Americans were struggling to get their hands on testing. That should prove the folly of failing to prepare.

Our media-driven system rewards politicians more for responding to a crisis than preventing one.

From the jump, this inability — or unwillingness — to prepare has dogged our COVID response. Now we’re doing it again. Congress is bending to the on-again, off-again, crisis-driven response to the pandemic — the antithesis of public health preparedness.

This failure exposes a bigger challenge in American governance. Ideally, the government operates the same way public health does: creating a stable infrastructure to prevent the next crisis, not acting reactively after a crisis has already ballooned.

But our politics don’t reward steady, sober preparation. Our media-driven system rewards politicians more for responding to a crisis than preventing one. When you prevent the very crisis to which you’re supposed to respond, it’s hard to show people your work. In trying to look the part, politicians have little incentive to solve a problem before it ever arises.

Worse still, funding decisions tend to follow crisis — just as we’re seeing now. We consistently rob Peter to pay Paul — of course until Peter comes knocking. In defunding successful prevention, we create the next crisis. Look at the Flint Water Crisis: when the governor-appointed emergency manager decided to skimp on corrosion controls after changing the city’s water supply to pay down Flint’s debt, he set the massive water crisis in motion.

The scale of the COVID pandemic itself is another example. In the decade prior to the pandemic, funding for public health agencies had fallen by 17%, leaving them incapable of responding effectively when the virus emerged. And then it emerged.

And then there’s Reaganism in the ‘80s, which privatized much of the government’s work. Private corporations have an incentive to skimp on crisis prevention to pad their profits because prevention doesn’t make money. Consider the example of electrical utilities. Between 2009 and 2017, the number of people affected by power outages tripled. Grid management doesn’t increase profits. Privatization, by its nature, eschews prevention.

Healthcare is another example. Part of the reason we underfund public health is because it’s far more lucrative to wait for people to get sick — and then treat them. Healthcare is good business, accounting for nearly a fifth of our entire gross domestic product. It’s no coincidence that we’re the only high-income country in the world that doesn’t directly guarantee health insurance to our people — and the U.S. has the most expensive health system in the world, by far.

All of this comes to a head with the most daunting prevention challenge our world has ever faced: the climate crisis. Our addiction to fossil fuels is accelerating the crisis, yet we are failing to take meaningful steps to prevent it. Indeed, the consensus among climate scientists is that we have already failed. The best we can do now is curtail its worst consequences and protect ourselves from the fallout.

But short-termist crisis governance won’t get us there. If we can’t even keep ourselves from making the same mistake twice in three months when it comes to preparing for a virus that’s already killed nearly a million people in the U.S. alone, I worry about our capacity for preventive action on climate at all.

Originally published March 14 by The Incision. Get more at abdulelsayed.substack.com.