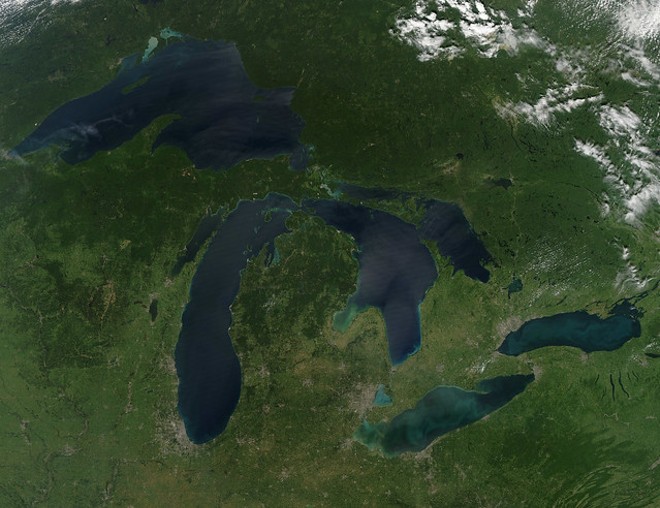 Great Lakes residents concerned about water justice are gathering in Ontario next week.

The 2019 Water Is Life Alliance Summit is on Sept. 28 and this year's theme is "Water Justice in a Climate Emergency."

Diane Weckerle, a board member with Michigan Citizens for Water Conservation, says water shutoffs in Detroit and the Flint water crisis will be among the topics at the summit.

It also will focus on Nestle's water operations in the region.

Weckerle notes the company pays $200 a year for the region's freshwater and is proposing to increase its water-pumping rate to 400 gallons per minute at one Michigan well.

"There's this complete dichotomy between what industry is able to do, which is to take tons of water — of the public's water — and profit off of it, versus the people of Michigan and Ontario and First Nations people who have no access to water," she says.

Speakers at the event include Claire McClinton, a member of the Democracy Defense League Water Task Force in Flint.

The summit starts at 9 a.m. at Western University in London, Ontario.

Weckerle says the summit comes on the heels of the Global Climate Strike to demand action on climate change.

"We thought at the end of this week of the Global Climate Strike beginning the 20th that it would be really good to have a summit to sit down and exchange experience, connect the dots between the struggles that we're waging all around the Great Lakes region, and to strategize how to move forward," she says.

On Friday, at least 800 strikes are planned around the country, including more than a dozen in Michigan.

The strikes are taking place before the United Nations Climate Action Summit in New York on Monday. Organizers plan to strike again next Friday, Sept. 27.