Just don't call her Queen of the Juggalettes. 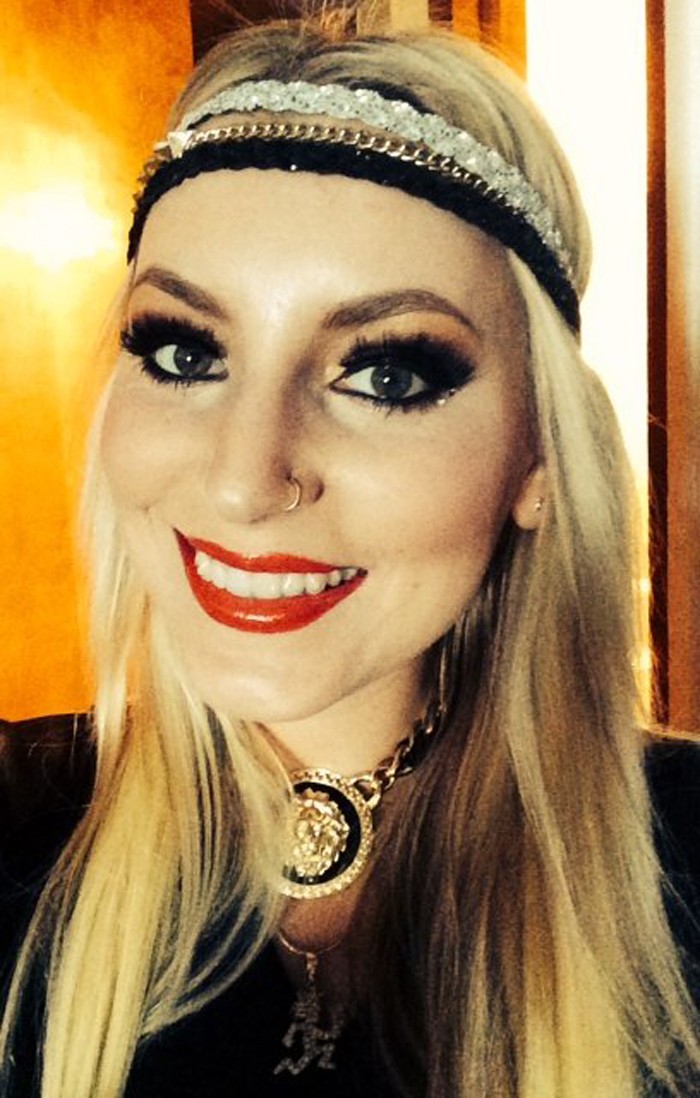 Sugar Slam, real name Michelle Rapp, has been one of the public faces of Psychopathic Records (Insane Clown Posse’s label) since the organization dreamed up the idea of having her present teaser trailers for the “Gathering of the Juggalos” festival. The short clips were later parodied on Saturday Night Live, the Rapp character given the name Lil’ Blaster.

Behind the madness, Rapp is married to ICP’s Joseph Bruce (Violent J) and the couple has two kids. Rapp swears that they live a normal life, and we believe her. Spunky and wide-eyed in person, Rapp is serious about the Psychopathic business and equally serious (if not more so) about being a great mom …

Metro Times: How did you get involved with Psychopathic?

Sugar Slam: It was definitely through the marriage. Actually, we just got married in 2013. I’ve known Joe for almost 11 years now, and everything has happened through him. We’re a team.

MT: How did you meet him?

Slam: We met in Minneapolis. I’m originally from Houston. I was at a restaurant and ICP all came in. I had no idea who he was. He won my heart in one night. His story is he was trying to come up to talk to me. My version is, he came up to talk to me, and he asked me a question. I answered it for him, and he just kept talking. He asked me if I wanted to go to a show that night. It was regular for me to go out. I asked him whose show it was and he said, “Mine.” Sure enough, I went to the show. I was scared to death because everybody told me to be afraid. I saw the show and it blew me away. I’d never seen anything like it in my life.

MT: What was it about the show that grabbed you?

Slam: It was theatrical. It was a real show. I hadn’t seen a real show like that in a really long time. He had a beautiful wheel-spinner, clowns and pop. What is this? That evening, after his show, when we went back on the bus (which sounds really awful, but we did), we just talked all night and he won me over. He told me everything about himself, and I was so intrigued. The next day, I went to Denver with him. My life from the next day was with him.

MT: How did you become more “front and center” at Psychopathic?

Slam: Joe had this brilliant idea of putting together an infomercial for the “Gathering of the Juggalos.” Before that, we had tried out a few Internet things for shows, like a news show with him and Joey, and I would have a cameo or a small part. He said that he wanted me to give the Juggalos information about what we’re going to do for the Gathering. “We need to be on the Internet, let’s make an infomercial, it’s gonna be crazy.” That was the first Sugar Slam moment with Psychopathic.

MT: Where did the name Sugar Slam come from?

Slam: It comes from a radio show that he had about wrestling. He was like, “Come be on the radio show with us.” One of our good friends, 2 Tuff Tony, was going to be on. It was just a hangout session. He was like, “You need a name.” I was like, “It’s got to be something sweet, because I’m sweet.” It just snowballed into Sweet Sugar Slam. It just stuck. I’m not a bad apple. I’m a people person. I love Hello Kitty.

MT: What’s your family life like? One would imagine it’s unorthodox …

Slam: It’s way more normal than you would ever think. Nothing to surprise people. I always say that we live the most unconventional lifestyle, so my “normal” right now is probably really skewed. It’s probably more like what I think is normal — as normal as can be for us.

Slam: We have two kids, a boy and a girl. They’ve been going on the road since they’ve been in my stomach, both of them, so it’s always been normal. My son, he’s all into it. He always wants to go to a show. Ruby, my daughter, wants nothing to do with anything. She’s happy to stay home and not participate. She’s the shyer [one] now. I’m not sure where she gets it from.

MT: What did you think of the Lil’ Blaster skit on SNL…

Slam: How could you possibly take that as an insult? You know what I mean? Maybe if you’re John Travolta and they say something that really chaps his ass. Me, never expecting anything like that to happen ever in my life, it was amazing. I didn’t believe everybody when they told me. She was dead-on too.

MT: Don’t you also do some singing with the Psychopathic band Legz Diamond & the Purple Gang?

Slam: I have been singing for a long time. I love to sing. It’s always been something that I knew I could do. When Legz wanted to put a group together, I had done a lot of background vocals on ICP records, only because I can sing and they wanted a female voice to complement something. That’s really the extent of it. He asked me to be a part of it, and it was something that I wanted to do. I knew it would be fun.

MT: You’re seen as the head of the Juggalettes. Is that a big responsibility?

Slam: No, because every time I hear that, my eye twitches a little. I know that’s something that people say, but it’s always like, “No, I don’t want to be that.” Why do I have to be the head of it? It was already there. Why am I all of a sudden going to be the head of something that was there long before me? I’m not a prideful person, so I don’t want that associated with Sugar Slam because I’m not. I’m basically someone who is funny; I like to show that to people and I love being a part of that.