If approved, the lawsuit would represent all students at the district’s schools 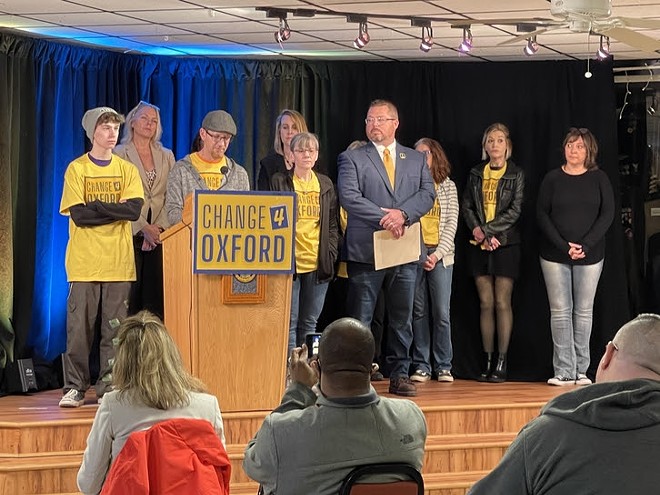 A law firm representing 19 students from Oxford High School is seeking class-action status to include every student in the district in a federal lawsuit claiming their constitutional rights to safety and education were violated.

The suit, originally filed in June, seeks to force policy changes at all schools in the Oxford Community School District that students and parents say are essential for a safe and effective learning environment. The lawsuit does not seek monetary damages.

Sophomore Ethan Crumbley, 16, pleaded guilty on Oct. 24 to murder and terrorism charges in connection with the shooting that killed four students and wounded seven others at Oxford High School.

Grewal Law PLLC filed a motion Monday requesting class-action status. If approved, the suit would seek a federal court order requiring the district to enforce and update safety procedures and protocols at all of its schools.

“Oxford Schools shockingly failed to meet the basic expectation of a safe learning environment on November 30, 2021, and since then they have continued to leave students and parents completely unsure if they will encounter violence at school despite the massive wakeup call this tragedy provided,” Grewal Law attorney Scott Weidenfeller said.

The request was filed on the same day that two former school board members said the district failed to implement its threat assessment policy that they say would have prevented the mass shooting.

“With new accusations this week by former school authorities that virtually no effective safety efforts had been implemented by the district, we are even more confident that our lawsuit seeking court-ordered violence prevention plans is vital to the future protection of every student in the district,” Weidenfeller said.

In the days before the shooting, school officials failed to intervene despite a pattern of troubling behavior by Crumbley. He told his mother he was seeing demons. A day before the shooting, he was caught at school searching for ammunition on his phone. And on the day of the shooting, a teacher spotted an alarming drawing in which he depicted a person who had been shot and the words, “The thoughts won’t stop. Help me.”

Crumbley’s parents James and Jennifer Crumbley were charged with involuntary manslaughter and are awaiting trial. But on Tuesday, the Michigan Supreme Court sent the case back to the Court of Appeals to consider whether there is enough evidence for the Crumbleys to stand trial.