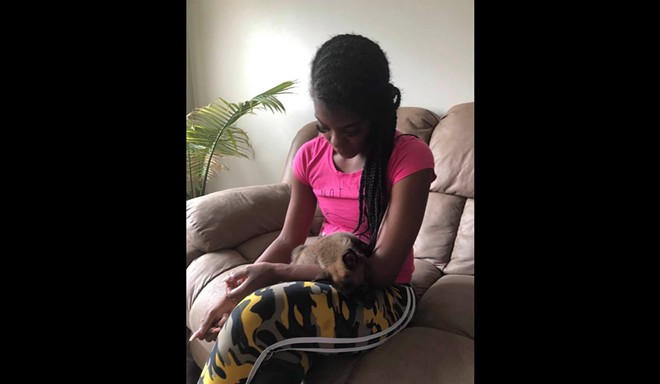 Courtesy photo
This Detroit woman says she mistakenly bought a pet hyena thinking it was a dog. We think she's mistaken.

According to a widely shared Facebook post, a Detroit woman recently took her puppy to the vet only to make a startling discovery — it was not actually a dog but rather "mostly hyena."

"Took my dog to the vet, she’s only 5 weeks old just for them all run test and tell me how she was mostly hyena and was [banned] from Michigan," a woman who goes by Twin Meme on Facebook wrote. "[An] Indian man just gave her to me and told me the mother ran away 😩 I was so attached to her.."

The post has racked up more than 2,300 shares on Facebook, and was shared by many media outlets, including major TV and news stations.

But to us, this story doesn't pass the smell test.

For one, when we reached the woman via Facebook to ask if we could see the alleged hyena ourselves, she said we could not. Instead, the woman, who declined to share her real name, offered only a few weirdly cropped photos where you can barely see the dog, err, alleged hyena. 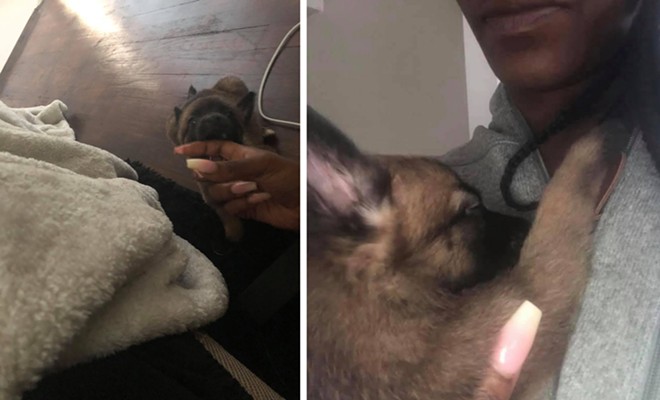 She also shared this video allegedly showing her pet hyena laughing, but it uh... doesn't seem that convincing. You can see for yourself.


By the way, this is what baby hyenas look like: 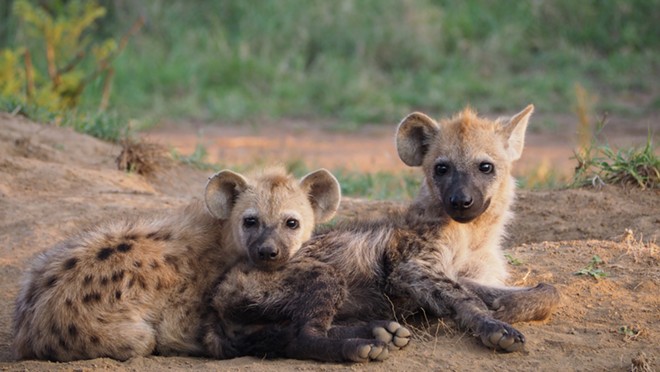 Shutterstock
These are baby hyenas.

Which brings us to our last point... the woman would not share the name of the office of the veterinarian who allegedly did the bloodwork that showed her pet is a hyena — the only person who can prove whether or not this story is real.

"They have my address information and stuff. So can we, like, leave that out?" she says. "I don't want to put that because — and that's the only thing I'm not willing to say — child protective services have reached out about a video of my kid playing with it."

But that doesn't make sense, either. The post already went viral, and the woman has spoken to numerous media outlets. Surely, the veterinarian's office would have seen the story by now, and would have already passed her address on to authorities if they were going to.

WXYZ-TV took the woman's story and ran with it, seemingly not bothering to track down the vet to ask any questions or even ask about it. The station did interview two animal control experts, who said that owning a hyena is legal in Michigan but not in the city of Detroit. The woman says she stays between Detroit and Florida, and might just head down to Florida to live with her beloved (alleged) hyena and her other pets.

When we ask for more photos that more clearly show the animal, the woman says she can't because her account is now inexplicably blocked on Facebook. That also doesn't make any sense, because we arranged our interview via Facebook messenger just minutes before our conversation.

When we suggest she instead send the photos to the cell phone number we're talking on, the woman agrees, but then never follows up.

We think perhaps we're being catfished.

Update: WXYZ has since retracted its story, saying it could not verify the woman's claims.