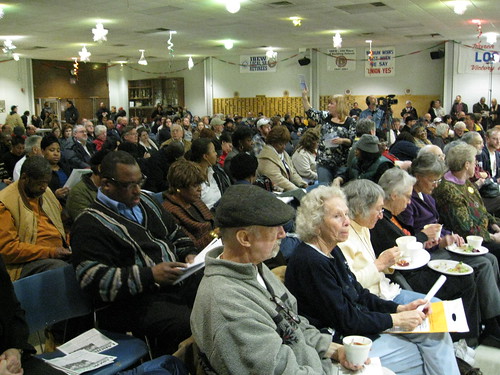 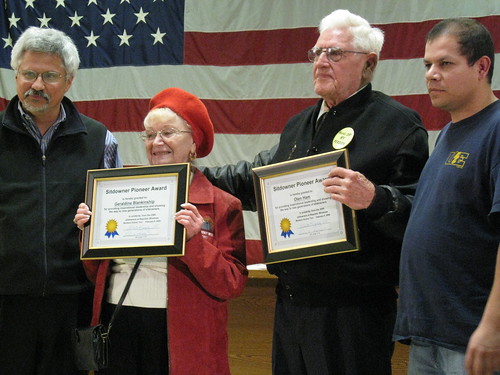 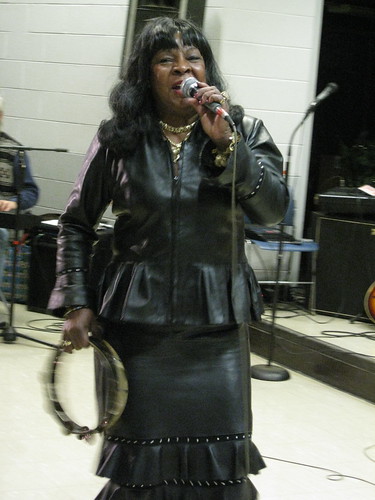 On the evening of Monday, Feb. 9, at IBEW Local 58 on Abbott Street near downtown Detroit, workers who staged a high-profile victorious sit-down strike at Chicago’s Republic Doors and Windows came to honor their predecessors, meeting surviving members of the monumental 1930s Flint sit-down strike. The stop was part of the Republic Windows & Doors Victory Tour, celebrating the outcome of their daring sit-down strikes a few months ago at their Chicago factory.

On Dec. 2, 2008, company officials told Republic workers that they’d be let go in just three days. Employees were also told they likely wouldn’t get any severance or earned vacation pay. On top of that, the insurance provider cut benefits the day they heard the news.

Instead of taking it lying down, the workers staged a sit-in strike, occupying the factory on Chicago’s north side. The official complaints lodged by the workers’ union, Local 1110 of the United Electrical, Radio and Machine Workers of America, cited federal law requiring 60 days of advance notice, demanding the workers be paid their due.

For its part, Republic management didn’t have enough funding to provide pay to all the workers and, in fact, had tried to secure a line of credit from the Bank of America twice in order to keep the factory open until the end of the holiday season. Spokespeople for the bank, which had recently received of the government hefty $25 billion bailout, said the bank bore no responsibility for what Republic owed its employees, rejecting the bid on both occasions.

With the economy in such bad shape, and this kind of practice becoming all too common, Republic workers hunkered down in the factory, refusing to leave their workplace for six days and six nights, with more than 200 union members taking turns keeping the factory together until their demands were finally met. Employees eventually won their pay after dozens of sympathetic protests nationwide against Bank of America, which caved in and changed its stand on the matter.

Sit-down strikes, a tool used to great effect in Detroit in the 1930s, were made world-famous when General Motors workers used the tactic to win a UAW contract after a tense and prolonged 1937 Flint sit-down. Workers taking over their factories has been less common since the 1930s, but the actions at the Republic plant show the tactic can still get workers the goods.

At the event honoring the Republic and Flint workers, president of metro Detroit’s AFL-CIO chapter, Saundra Williams, said, “They saw what they had to do, they built a plan and they started a movement.”

Also in attendance were surviving participants in the Flint strike, Geraldine Blankinship and Olen Hamm, now in their 80s and 90s, respectively. The Republic workers presented them with plaques honoring their contributions to the American labor movement.

Speaking to the crowd, Blankinship noted that the involvement of women in the strike helped get the attention of management.

“The fact [was] that these women were breaking rules and these men were aghast,” she said.

Hamm observed, “When you hit them in the pocketbook, it sinks in.”

He also noted that this particular strike led to the rise of the middle class in America.

But the rally wasn’t all business: Musical guests included Lynn Marie Smith and Jose Rios, performing pieces from Forgotten, a jazz opera based on the 1937 strike, and Motown legend and Detroit councilwoman Martha Reeves singing for solidarity with her hit song “Dancing in the Streets,” accompanied by Bill Meyer. (And, yes, it was kosher: Both are members of Local 5 of the American Federation of Musicians.) —Levon Kafafian, Metro Times intern