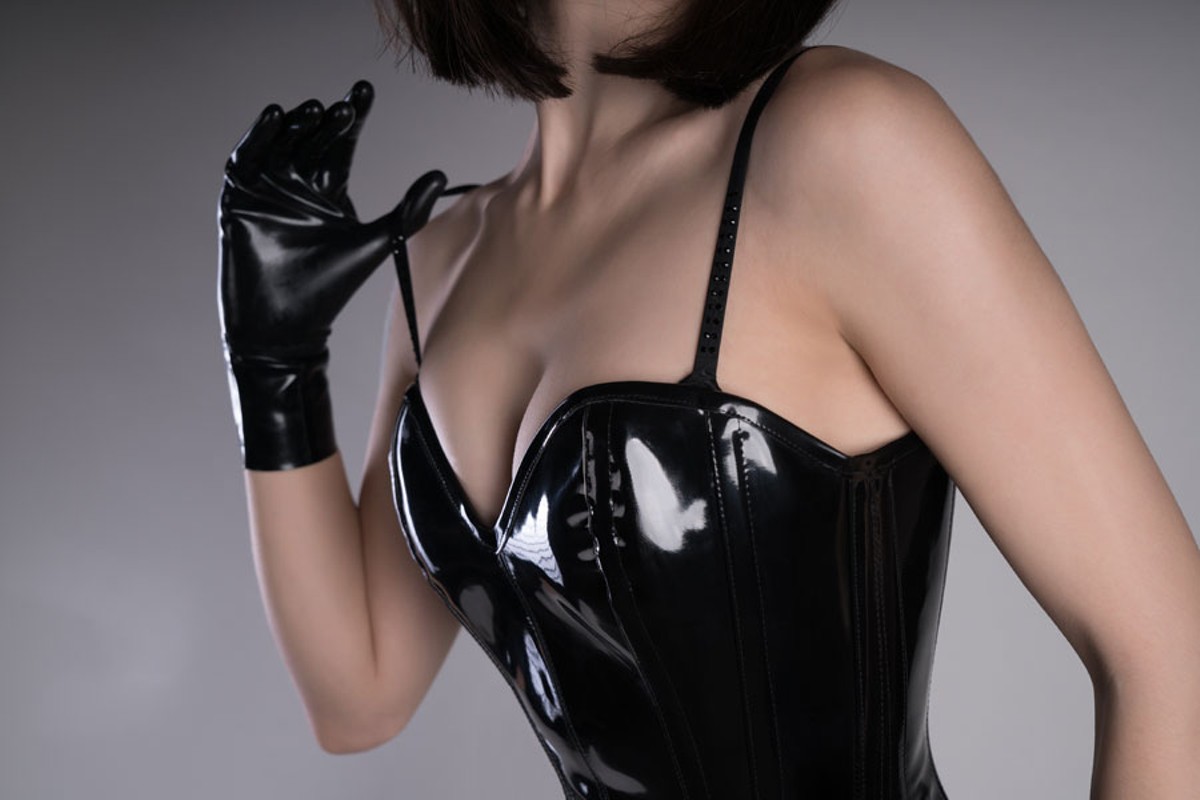 P.S. You wrote about how this ban harms sex workers, Dan, but please write about how it harms queer and kinky people, too!

And as long as sex-education programs don't cover queer sex or kinky sex — and there's no sign of improvement in either area — LGBTQ youth and young people with kinks will continue to get their sexual education on the internet. And the harder it is to access explicit content, particularly explicit noncommercial content, the harder it's going to be for young queers to find not just smut that speaks to them, but the education they need to protect themselves.

"More youth will get hurt and more will get HIV thanks to Tumblr's content ban," says Cheves. "That's not scaremongering — that will happen. Case in point: I grew up in a fiercely religious home on a 500-acre farm in the middle of Georgia with dial-up and a pretty intense parental blocker. I couldn't access porn — I couldn't even access articles with sexual illustrations, including sexual health illustrations. When I went to college in 2010, the same year Grindr hit the App Store, I knew absolutely nothing about HIV and nothing about my community. It's no wonder that I tested positive at 21."

Shortly after getting the news that he was HIV+, Cheves started an educational queer sex blog. "I answer sex questions from anyone who writes in — I stole the idea from you, Dan, to be honest," says Cheves. "I wanted to reach those kids in the middle of nowhere, kids like me."

While Cheves writes professionally today — you can find his advice column in the Advocate and his byline in other publications — he still updates and posts new content to thebeastlyexboyfriend.com, his original queer sex blog.

"Sites like my blog are needed now more than ever," says Cheves. "If MMPC wants to help her community survive, she may no longer have the option of being a passive consumer — she might have to start a website or blog, wave a digital flag, and find others. The internet is so massive that censorship will never be able to keep people with niche fetishes from congregating, digitally or otherwise. It's just going to be a little harder to find each other."

My new partner is a swinger. Being GGG, I said, sure, we can go to swinger parties, even though I have often been uncomfortable in swinger spaces. Then I was nearly assaulted at a swinger party with my new partner. And if I hadn't kicked the shit out of the guy, I would have been assaulted. After being appropriately upset about the situation, I was told by one of the organizers: "Well, that is why you should bring a spotter or a couple of friends to a party. You have to protect yourself." Nowhere on the website for this party was that listed as something I should do. No other articles about swinging that I've read (or swinging podcasts I've listened to) suggested bringing "spotters" to ensure safety! So what is the standard of consent in swinger spaces? Is bringing a spotter just a given that nobody told me about? I want to be clear about the seriousness of the problem: What happened to me was not a touch on the leg to see if I might be interested in another joining in. It was someone trying to stick an unwrapped cock in me without asking if I would be okay with that!

I've strolled around half a dozen straight swinger spaces — more than the average homo — and the standard for consent at each one I visited can be summed up in four words: Ask before you touch. My visits to straight swinging events/spaces/parties were strictly for research purposes, it should go without saying, but I'm saying it anyway: I went only to observe. And at one party, I observed a man attempt to enter a scene he hadn't been invited to join — by placing his hand on a woman's leg. The leg-touching creep was promptly ejected for violating the club's rules about consent, which all attendees were informed of in advance and agreed to adhere to once inside the club.

From the sound of things, UNSAFE, you had the misfortune of attending a shitty party run by shitty people. Someone attempted to violate you in a space where respect for boundaries, consent, and the bodily autonomy of other individuals is (or should be) paramount. And, no, you were not at fault for failing to bring a "spotter." The club was at fault for not emphasizing its own rules — and then, when a bad actor broke the rules and left another attendee feeling violated and unsafe, the club compounded its failure by blaming the victim.

I wouldn't blame you for not wanting to attend a swinger party with your new partner ever again — especially if your new partner stood by silently while you kicked the shit out of that asshole — but you shouldn't return to that particular swinger party again. The sooner Club Bring a Spotter goes out of business, the better.