A broken boiler is the latest of the hellish apartment building’s woes, including frequent water shutoffs and a faulty elevator 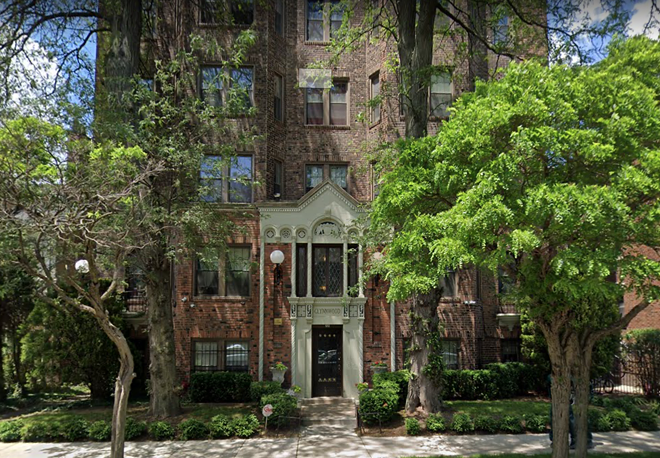 Google Maps
You do not want to live here, no matter how nice it looks on the outside.

Life at Detroit’s Glynwood Apartments is like an endless nightmare. It seems like the water is being shut off for “emergency repairs” every other week. Once, the elevator was down for over a month, leaving disabled and elderly residents to struggle up seven flights of stairs.

Worst of all, tenants have been left without heat due to a broken boiler that hasn’t been fixed in several months. On Thursday, Nov. 18, residents were evacuated from the building at 120 Glynn Ct., and set up with hotel rooms until Wednesday, Nov. 23.

I know all of this firsthand because I live at 120 Glynn Ct. Yes, me: Randiah Camille Green, staff writer at Metro Times. Working from home has become nearly impossible and shuffling a space heater from my bedroom to the bathroom so I don’t freeze on the toilet while I do the do is not my idea of a good time.

Grant and Main, the owners of Glynwood Apartments, notified residents of the broken boiler in May via text message. It was spring heading into summer, and while there were some chilly evenings, the lack of heat was all but forgotten in the height of the summer.

But the boiler was never replaced as nighttime temperatures began to dwindle in October, sans a week of unusually warm weather. To make up for it, Grant and Main provided space heaters that ate up electricity, causing frequent circuit breaker trips.

A message from the management company in late September advises tenants, “the boiler will be turned on once the temperature is consistently below 65 degrees during the day and night time. Once the boiler is turned on it won’t be turned off until the Spring. We appreciate your understanding.”

However, in early October, a contradicting message informed residents Grant and Main was “still awaiting parts for the boiler and at this time do not have an eta of when the boiler will be repaired… As soon as we have an update we will advise.”

On Nov. 18 the company sent an abrupt message for tenants to call the Grant and Main office ASAP for accommodation instructions due to a lack of heat and water. Hours earlier, residents were told the water would be off for “less than an hour.”

Standing in the chilly hallway as people left in droves, a 60-year-old resident told me Glynwood Apartments has changed management three times in the five years she’s lived there. She requested to remain anonymous.

“I wish I could afford to move, but I can’t,” she says. “I’m tired of this place… It’s always something. They gotta fix the water, it’s gonna be off for an hour. They keep saying the same thing over and over. I’ve been staying with my daughter.”

Zachery McIntosh, who has lived at the building for two years, echoed similar thoughts.

“Whether it be the elevator being out for months at a time, the washer and dryer being out, no heat, the water’s always getting turned off…” he rattles off a laundry list of complaints. “The water is always nasty when it’s turned on. It comes out orange and stays that color for a while. Once in a while, there are critters,” he added, referring to cockroaches.

Like many other tenants, McIntosh stays for the cheap price but plans to move out when his lease ends in January.

Text messages show water was turned off in the building roughly 11 times from June to November for repairs that lasted anywhere from an hour to an entire day.

Former resident James Wojno moved out in July after issues with sewage backup in his kitchen sink were not resolved for nearly two weeks.

“I put in a work order and someone came in and said they couldn’t do anything and they left,” he recalls. “They left me four days with the dishes floating in my sink in brown, black, and brackish water.”

Eventually, plumbers hired by Grant and Main drained Wojno's sink but had to shut the water off in several other apartments in the building to fix the pipes. Wojno didn’t stick around to see the repairs completed.

Randiah Camille Green
A notice from Grant and Main posted at 120 Glynn Ct. on Friday, Nov. 25.

Megan Taylor, vice president of operations at Grant and Main, told us by email they have taken “swift action” to replace the broken boiler.

“In the spring of this year, the boiler failed just before it was scheduled for seasonal shut down,” she wrote. “Unfortunately, our contractor informed us it was irreparable and given the continuing supply chain issues, the lead time for a new boiler was 20+ weeks. As a result, on May 27th, we immediately placed an ordered [sic] for a new one, with expectations of installation being complete before the start of the heating season.”

She said initial estimates for the boiler’s arrival was mid-October, but it was delayed twice until Nov. 15.

“Our contractor was scheduled to complete installation by Friday [last week],” she said. This morning, we again received troubling news that the gaskets that shipped with the boiler were bad, and new ones were being overnighted, delaying the completion of installation until Tuesday of next week.”

Reached by phone, Taylor clarified the September message about the boiler not being turned on until temperatures dropped was sent in error.

“That’s a standard message that was sent ut to all our apartment buildings,” she says. “Typically we don’t turn the boiler on until it’s consistently below 65 degrees. For this particular building, that wouldn’t have applied.”

Taylor says tenants are covered with hotel reservations until Wednesday, but the boiler is expected to be back up and running by Tuesday.

“If not, we would provide additional accommodations for everyone until it’s up and running,” she says.

Given the building’s track record, residents are skeptical. Residents have also been comped for December rent, but is it enough considering the never-ending turmoil that comes with living in the building?

When told tenants don’t trust the management company, Taylor said Grant and Main is not perfect and is doing their best to improve.

Mohammed Saleh, a building inspector for the city of Detroit, says the company will be issued emergency tickets if the issue is not resolved by Tuesday. On Thursday, Nov. 18, when tenants were first evacuated, he visited the building and it appeared to be empty.

“If there were people in the building still with no heat and water, I would have issued them emergency tickets,” he says. “Because they put you all in a hotel, they did the right thing, and they know that. They’re being smart about it because they knew someone would report this sooner or later.”

Saleh previously issued the company several tickets over the plumbing issue that caused Wojno to move out.

Despite the barrage of ongoing issues, apartments at 120 Glynn Ct. are still listed for rent on several sites like Zillow.

But McIntosh warns, “don’t come here, please. If you have to live with your mama a couple more years, just don’t come here. I should have took that advice my damn self.”