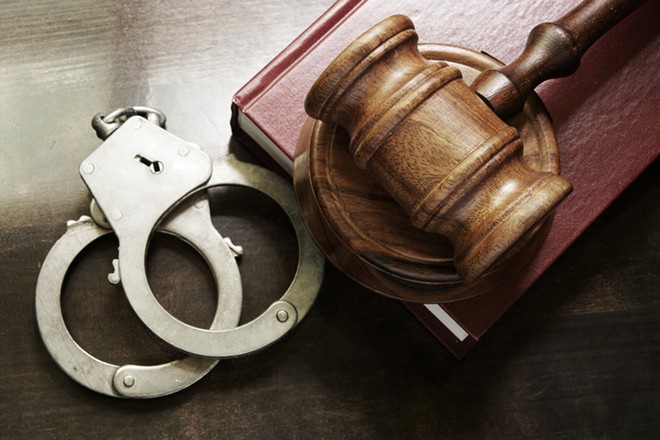 Prosecutors are declining to charge a 23-year-old Black Amazon driver who was tackled, handcuffed, and taken to jail after a white Warren cop confronted him about parking his delivery truck on the wrong side of the road.

The incident on Tuesday afternoon raised more questions about the overzealous enforcement of minor infractions, especially against Black people.

“As Prosecutors, we have sworn an oath to act with integrity, utilizing balanced judgment to ensure public safety within our communities, while respecting the constitutional and legal rights of all persons,” Macomb County Prosecutor Jean Cloud said in a news release Thursday. “We have an obligation not only to pursue appropriate criminal charges when necessary, but also employ discretion to not authorize criminal charges as certain circumstances demand.”

Warren Police Commissioner Bill Dwyer told Metro Times on Tuesday that the driver refused to show the officer his driver’s license. Police were asking prosecutors to charge the man with resisting arrest, failing to obey a lawful command, and failing to produce a driver’s license.

Neighbors described the delivery man as polite and said they were shocked by how police handled a minor infraction.

The Warren Police Department launched an internal investigation to determine whether the cop acted appropriately.

“It is another demonstration as to why there is a great chasm of trust between certain members of law enforcement and members of the community in which they serve,” Wendell Anthony, president of the Detroit Chapter of the NAACP, said in a news release. “Once again, the call for justice, fairness and understanding goes out to law enforcement within our community. There must be another way.”

Shortly after video of the arrest made rounds on social media, Warren Mayor Jim Fouts called for the officer’s termination in a Facebook post that he quickly deleted at the commissioner’s request.

"I have spoken with Police Commissioner Bill Dwyer and have ordered that this officer be terminated immediately,” Fouts wrote. “I have zero tolerance for this disgusting act against an innocent person. If the last two weeks have taught us anything, it is that bad behavior by ANY police officer will not be tolerated!”