There is a stigma among many police, firefighters, and other first responders against seeking help 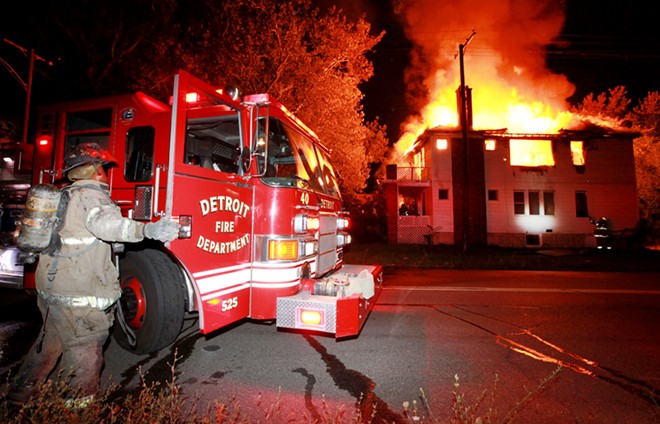 First responders experience some of the most horrific events in modern life and often carry huge loads of stress home from their jobs. A new program developed by Wayne State University provides resources and cutting-edge services to Michigan first responders to alleviate post-traumatic stress disorder and other work-related mental health challenges.

The result is Frontline Strong Together, a website and 24/7 call line created by first responders and mental-health experts.

Alireza Amirsadri, associate professor of psychiatry and behavioral neuroscience at Wayne State University, and the project's main developer, said high stress pushes too many first responders to the edge.

"Part of trauma, in fact, is that you dismiss, you deny, you try to rationalize, intellectualize all these. But in reality, it is avoidance of discussing it and the impact of stress on them," Amirsadri said.

Wayne State teamed with the Michigan Crisis and Access Line in consultation with police and fire unions, paramedics and dispatchers to develop the program. The Frontline Together Strong website is at FST5.org, and the helpline is 833-34STRONG (833-347-8764).

Amirsadri said in developing the program, he found that there is a stigma among many police, firefighters, and other first responders against admitting to a mental health issue and seeking help.

He said research shows 30% of first responders experience mental-health disorders, including depression and post-traumatic stress disorder, compared with 20% of the general public.

"Did you know that the life of police officers at retirement is about 15 years less than a civilian? 15 to 20 years less? There's a reason for it," Amirsadri said.

The program is funded through a $2-million grant from the Michigan Department of Health and Human Services.