People of faith in Michigan demand end to child detention 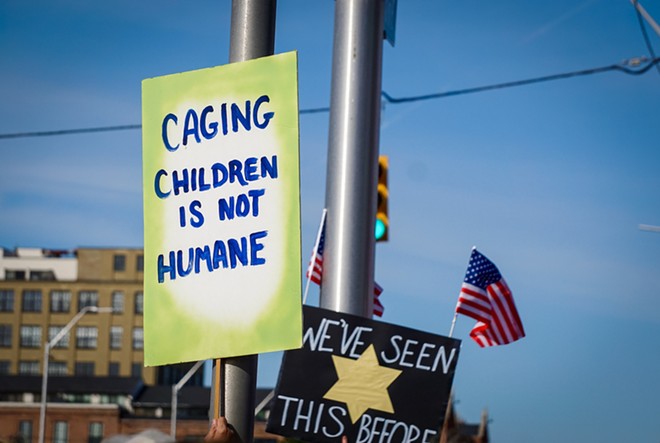 Some Michiganders of faith are among those around the country urging President Donald Trump to stop detaining immigrant children at the border.

More than 450 evangelicals, Catholics, and mainline Protestants — including many faith leaders — signed an open letter this week calling on the administration to release all migrant children still detained, and to reunite families.

The Rev. Ryan Eller, founder and executive director of the group New Moral Majority, said Republicans need to step away from their anti-immigrant agenda.

"Unfortunately, the RNC has decided just to maintain its platform that it had in 2016," said Eller. "And we think that that doesn't reflect the values of the majority of Americans, certainly doesn't reflect our values as people of faith."

While the family separation policy ended in 2018, some families haven't been reunited, and migrant families with children continue to be detained at the U.S./Mexico border. In the past, President Trump suggested the policy is a deterrent to parents not to bring their children across the border illegally.

According to the American Immigration Council, there are 695,000 immigrants in Michigan, or 7% of the state's population. Eller says no matter their status, they should be afforded the same level of humane treatment as anyone born in America.

"Most Christians are fundamentally morally pained when they see family separation, and kids abducted from their parents and thrown into these camps," said Eller. "So, we are hoping that we can have a new conversation about how we care, as scripture says, 'for the least of these.'"

The New Moral Majority organized the open letter and a number of other religious groups, many of them left-leaning, have issued similar pleas in recent months.