Opinion: The Michigan GOP is too extreme to govern

I am a former Republican state representative, and I am distraught by what has happened to my party 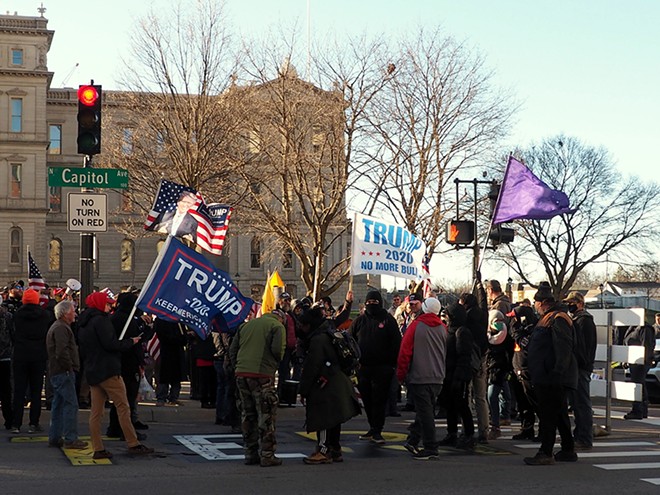 Shutterstock
Trump supporters protest against the presidential elections results in front of Michigan Capitol in 2020.

I served in the Michigan state legislature as a Republican for six years. I had heated — but congenial — debates with then-state Rep. Gretchen Whitmer and other Democrats. This was the tradition of bipartisanship and common sense I was proud to carry forward. Now, as I watch as a private citizen, I am distraught by what has happened to my party.

The Michigan GOP has devolved into a party of extremists and conspiracy theorists. The nominations of Tudor Dixon and Kristina Karamo make this clear.

Now that the primary is over, Dixon is playing herself off as a moderate. She is anything but.

There’s a reason Trump endorsed Dixon. It’s the same reason he endorses any candidate — she pushes the Big Lie.

Dixon has repeatedly spread false claims of election fraud in Michigan. On Nov. 8, 2020, Dixon tweeted, “Steal an election then hide behind calls for unity and leftists lap it up.” Last October, she said that Michigan Secretary of State Jocelyn Benson ran the 2020 election “in a way that was rife with fraud” and said she did so with “premeditation.”

It wasn’t just rhetoric that she was fomenting. Dixon supported a “forensic audit” of the 2020 vote even after numerous state officials and independent sources disproved the conspiracy theory that the election was rigged.

It’s no wonder Dixon is a conspiracy theorist. She used to work for Real America’s Voice, the same streaming channel the far-right podcaster Steve Bannon is on. Her background in right-wing media shows on the campaign trail. She’s in favor of a Florida-style “Don’t Say Gay” bill. She referred to Whitmer’s tenure as a “tyrannical reign.” After her primary win, she mocked Whitmer as “a far-left birthing parent.” In other words, Dixon is resorting to culture wars and divisive rhetoric rather than appealing to all Michiganders.

There is no issue on which Dixon is more extreme than abortion. She wants to ban abortion — with no exceptions for rape or incest. And she supports Michigan’s 1931 law that makes having or conducting an abortion a felony. She called it “a good law.”

In an interview, Dixon said a 14-year-old victim of incestual rape was a “perfect example” of someone who shouldn’t have an abortion. “A life is a life for me,” she said. “That’s how it is.” 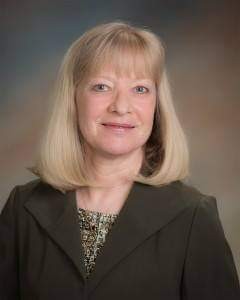 Republican secretary of state nominee Kristina Karamo is even more unhinged than Dixon. Karamo said that anyone who supports reproductive rights “must worship Satan,” accused Democrats of having a “satanic agenda,” called abortion “child sacrifice” and “a very satanic practice,” and said that demonic possession can be transmitted through “intimate relationships.” And on her podcast, she said, “Men and women no longer honor God. They honor their crotches.”

Does this sound like someone who should hold elected office?

The lunacy doesn’t end there. Karamo has called herself an “anti-vaxxer” and condemned public schools as “government indoctrination camps.” To make matters worse, Karamo spoke at a QAnon conference last year. In case you don’t know, QAnon adherents believe that Democrats are Satan-worshipping cannibals who run a child sex-trafficking ring.

But even more frightening is that Karamo, if elected, would have control over our elections. Like Dixon, she has perpetuated Trump’s lies about the 2020 election. She falsely claimed that Trump won Michigan in 2020. A day after the Jan. 6 insurrection, she assigned blame to “Antifa posing as Trump supporters,” adding, “I mean, anybody can buy a MAGA hat and put on a T-shirt and buy a Trump flag.”

And, apparently, anybody can win the GOP nomination for secretary of state, no matter how deranged they are.

Our state is in trouble. The Michigan state legislature is already in the hands of Republican extremists. If Dixon and Karamo win, there will be no check on Republican power in the state. That could have dire consequences.

The state legislature could — and likely will — enforce the 1931 abortion ban and attempt to overturn future elections. And if Trump runs in 2024 and loses, he and his allies could attempt to overturn the election results, setting off a constitutional crisis. After all, Republican state legislators already voted to overturn the 2020 election results. There will be no stopping them next time if the governorship and the office of the secretary of state are in Republican hands.

Susan Tabor is a former Republican Michigan state representative. She lives in Lansing.