Opinion: The case for progressive policies to tackle inflation

As rent soars, it’s time for elected officials to advocate for a permanent Child Tax Credit 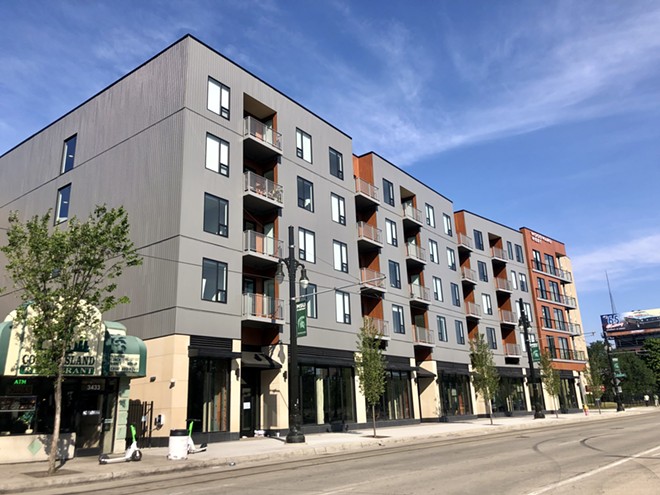 Steve Neavling
Year over year, rents are up close to 14% across the state of Michigan according to rent.com.

Whether it’s a house with a white picket fence, two kids, and Instagram-worthy dog or a downtown apartment walking distance to the best bodega in the city, we’re taught from an early age that the American dream is achieved when we are able to provide for ourselves and our loved ones. Central to this vision of America is one thing: home. But for too many, the cost of rent is skyrocketing.

Year over year, rents are up close to 14% across the state of Michigan according to rent.com. The rent for my apartment increased $400 this year, even though nothing about it has changed in the four years I’ve lived here. That has impacted me, even with a stable income. This dramatic increase in the cost of home is coming at the worst time.

Many Americans — particularly people of color — are living paycheck to paycheck and are deprived of their version of the American Dream. They lack the support they need to build a future, and instead are only able to address the challenges presented by everyday life. This American Dream has become an illusion, an impossible fantasy only achieved by the wealthiest and whitest Americans.

But for a time, there was a glimpse of hope in the expanded Child Tax Credit. It drastically cut family poverty and allowed many people to pay their highest bills, like rent, on time, and some folks to even save for the future. That’s why so many voters I’ve talked to this cycle want to bring it back permanently.

In Michigan, households across the state experience more income volatility due to financial vulnerability. In a recent survey by SaverLife, its Detroit members had to draw down their savings accounts more frequently than their peers nationwide, withdrawing more than $100 from their accounts in any given month. These same members were also more likely to work healthcare, retail, and hospitality jobs, getting paid an hourly wage with hours that were insufficient for them to provide for themselves and their loved ones. These vulnerable communities aren’t able to build wealth because of the impossible choices they’re forced to make daily: Save for retirement and a future they one day hope to have or care for their hungry children now.

But we saw that the federally expanded Child Tax Credit in President Joe Biden’s American Rescue Plan provided stability to Michigan households, especially when they were offered monthly, advanced payments. Over two million children and families benefited from the Child Tax Credit, keeping more than 100,000 Michigan kids above the poverty line. The same families unable to pay their rent and get food on the table were now able to afford necessities such as rent, clothes for school, and medical care, and were more likely to pay their utilities on time. They were also able to replenish their savings accounts, which is central to financial stability and building a future for themselves and their families.

In this time, when the country banded together to fight a pandemic and stave off the spread of a recession, families were finally given the support they’ve desperately needed for years. And the results were clear: Parents and working adults are the best advocates for themselves and their families, knowing exactly where money should be put to give their families the chance they need to not only survive, but thrive.

Now, ahead of the midterms, as elected officials around the country have a chance to listen to the values of the American people, it’s time for these leaders to advocate for a permanent Child Tax Credit. Supporting families through refundable tax credits can be transformational. The expanded credit holds a promise to build a brighter financial future for families, lifting them out of poverty and addressing gender and racial wealth gaps. The expanded credits could help people pay down debt, invest in their children’s college, or save for a home to finally reach the American Dream.

To give more people a chance at the American Dream, our officials have to fight for the values we care about, implementing a permanent solution to provide parents with the support they need. We encourage every Michigan resident to vote, contact your representatives in Congress, and make your voice heard. We’ve seen that the Child Tax Credit is the right solution. Now we must act to make it possible.

Leigh Phillips is the President and CEO of SaverLife, a growing online community of people living with low incomes seeking to improve their financial health. We work with 600,000 people across the country, in all 50 states, through our online platform. Our mission is to help our members turn their short-term savings into long-term wealth-building.

Rev. Stancy Adams has served as a minister and religious educator in metropolitan Detroit since 2004. She is associate minister and director of Christian education at Russell Street Missionary Baptist Church in Detroit.