Online gambling is exploding. At what cost? 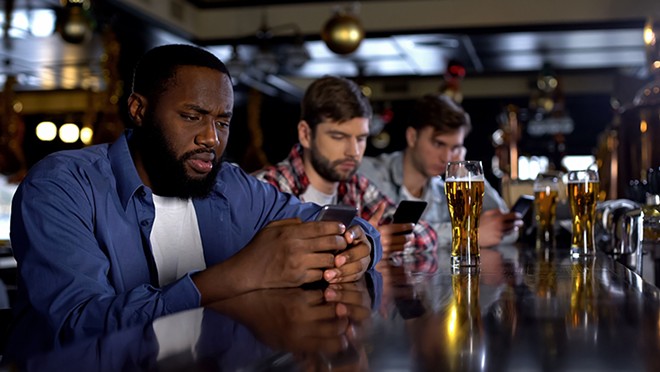 Shutterstock
Who suffers when we put the casino in our pockets?

My Michigan Wolverines are playing in the Sweet 16 the day I write this column. For a team beset by controversy, who barely snuck into the tournament, I’ll take it.

But you know what I could do without? All the online sports betting. Caesar with laurel wreath glasses, betting lines on broadcasts, expert betting picks on CBS and ESPN.

Gambling has a long tradition in our country. Like smoking, alcohol, or cannabis — all leisure activities with considerable downside risk — there’s a tradition of legalization with regulation. Legalization allows responsible adults to weigh for themselves the risks against the enjoyment. Regulation protects people who are vulnerable, like children, and protects society from the consequences of irresponsible use. Age limits on cigarettes, alcohol, or cannabis are intended to protect children. Drunk and impaired driving laws and public smoking bans exist to protect society from downside risk.

But like everything else, the internet magnifies the risk of gambling. It turns your smartphone into a casino, facilitating gambling any time, anywhere. For most people, that may mean they’ll place a few more bets than they’d otherwise plan to. But for the nearly 7 million Americans — 2% of all Americans — for whom gambling is an addiction rather than a pastime, it can be devastating.

Like everything else, the internet magnifies the risk of gambling. It turns your smartphone into a casino, facilitating gambling any time, anywhere.

I spoke with Dr. Tim Fong for my podcast America Dissected, and he detailed exactly why the internet is so problematic for problem gamblers: It’s not just the casino in your pocket, but the online payday loan shark that will front you the money you don’t have to gamble away. The impact is catastrophic. Problem gambling takes people’s homes, destroys their families, and even costs them their lives — one in five problem gamblers will attempt suicide. Since Michigan legalized online sports betting in January 2022, the state’s problem gambling hotline call volume nearly tripled.

Meanwhile, the sports betting industry understands it’s building a pipeline by attracting younger betters. The NFL, which licenses four online sportsbooks, partnered with children’s television channel Nickelodeon to create a casino-like website for children. Though the NFL denies any malintent, NFL Nick Play has features that mimic the play and feel of online sports betting, including a weekly pick ‘em card, points-based rewards for interacting with everything on the site, and live in-game content of the type sportsbooks offer to their users. Keith Whyte, the executive director for the National Council on Problem Gambling, said, “I do think there’s a grooming or habituation aspect to this.”

It’s not just the fact that the industry is preying on vulnerable people like problem gamblers or children. The costs are borne on families too. According to Dr. Fong, the average problem gambler has an income around $40,000 per year, but averages gambling losses of $20,000. These are losses to alienate loved ones, destroy lives.

Given the social costs, you might think that governments would have a stake in regulating the enterprise. Instead, the regulators are in on the take. State governments are looking at the tax revenue off of sports betting as a boon to state coffers. After Ohio Governor Mike DeWine signed that state’s sports betting bill into law, State legislator Adam Miller, who co-sponsored the bill, said, “It’s going to benefit education and veterans groups in a really substantial way.”

But upwards of a third of all gambling revenues come from problem gambling — meaning that a third of gaming tax revenues are being collected off the backs of vulnerable people preyed upon by the gaming industry.

Online sports betting is already a nearly $70 billion market — subsuming movies, music, and books combined. And it’s projected to grow massively. With market size comes the money to hire lobbyists, shape elections through dark money PACs, and manipulate public opinion — all to skirt industry regulation. This, after all, has been the way that dozens of industries profiteering off of misery have perpetuated themselves.

While we have a long tradition of legalization and regulation, we’ve gotten the legalization part without the regulation with respect to online sports betting. I worry that the window for meaningful action is quickly closing — that our inaction could doom millions of people to avoidable personal financial catastrophe or worse. So the next time you see bootleg Caesar telling you about his online casino, ask yourself who else might be seeing that ad — and what it might mean for their family and their future.

Originally published March 24 on The Incision. Get more at abdulelsayed.substack.com.