Meanwhile, an anti-abortion group is trying to disqualify the Reproductive Freedom For All measure from ballot over typos 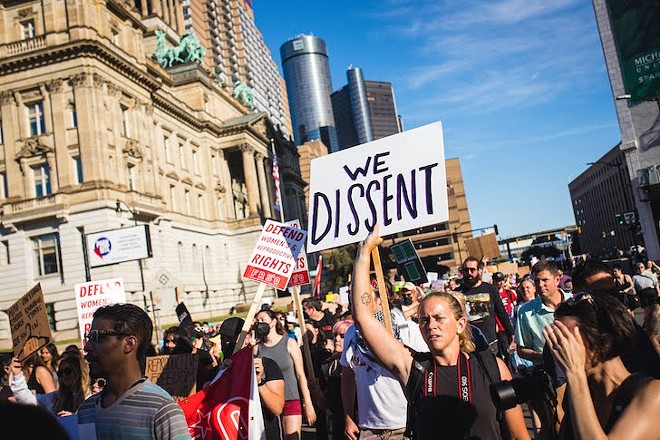 The fight over reproductive rights in Michigan continues to unfold like a never-ending soap opera.

Oakland County Circuit Judge Jacob Cunningham issued a preliminary injunction on the abortion law following a temporary restraining order requested from Governor Gretchen Whitmer that was granted by a judge several weeks ago. The restraining order blocked county prosecutors from charging medical providers for performing abortions, and came almost immediately after a Court of Appeals panel ruled prosecutors were exempt from a previous injunction against the ban.

The back and forth has been confusing to say the least.

“The lack of legal clarity about abortion in Michigan has already caused far too much confusion for women who deserve certainty about their health care, and hardworking medical providers who should be able to do their jobs without worrying about being thrown behind bars,” Whitmer said in a statement. “Once, over the course of a single day, abortion was legal in the morning, illegal around lunch time, and legal in the evening.”

Cunningham heard two days of testimony from medical professionals before making his decision on the injunction.

Whitmer filed a lawsuit back in April asking the Michigan Supreme Court to determine whether abortion is protected by the state’s constitution, which is still ongoing.


“Once, over the course of a single day, abortion was legal in the morning, illegal around lunch time, and legal in the evening.”

The extreme 1931 law makes no exceptions for rape or incest and only permits abortion in cases where the life of the mother is at stake. Roe v. Wade had effectively canceled out the law, but it was never taken off the books. Now that the landmark Roe case had been overturned by the conservative U.S. Supreme Court, Michigan officials are scrambling to prevent the old law from being enforced.

"We can't expect doctors to read the minds of a prosecutor and to try to figure out what a prosecutor thinks that life-saving exception means. That is precisely what would happen if the preliminary injunction is not issued," Washtenaw County Prosecutor Eli Savit said during closing arguments Thursday, according to Crain’s Detroit Business.

Meanwhile, an anti-abortion group filed a claim on Thursday to disqualify the Reproductive Freedom for All amendment from the November ballot because the petition is missing spaces between several words.

The ballot measure would enshrine abortion rights into the state's constitution if adopted by voters in the November election.

Citizens Supporting Michigan Women and Children is asking the Board of State Canvassers not to certify the initiative. The group claims the petition is “filled with 43 serious errors.”

The errors in question on the petition include text like “DECISIONSABOUTALLMATTERSRELATINGTOPREGNANCY” and “INCLUDINGBUTNOTLIMITEDTOPRENATALCARE.”

“The text of the amendment is filled with run-on words that are incomprehensible, making an already confusing amendment impossible to understand,” Christen Pollo, spokesperson for Citizens Supporting Michigan Women and Children, said in a statement. “Amending the constitution is serious business, and these people didn’t take it seriously enough even to proofread their own language.”

Though some words do appear to be squished together, it’s hardly incomprehensible with a little common sense. Reproductive Freedom for All turned in a record 753,759 signatures for the petition, errors and all, in July. Only about 452,000 signatures were needed to get the amendment on the November ballot.

Attorneys for Citizens Supporting Michigan Women and Children wrote “the nonexistent words cannot become part of the Michigan Constitution because they are not text,” Crain’s reported.

The board is scheduled to meet on Aug. 31 to further consider the issue.