Oakland County's blue shift 'a national warning light for the Republicans,' according to 'Politico' deep-dive

That's according to Stanley Greenberg, the pollster who popularized Macomb County as a national bellwether, who told Politico in a lengthy cover story about Oakland County's shift from red to blue that it "represents the dominant trend in the country because it combines the most affluent and college graduates in increasingly diverse suburbs becoming increasingly and emphatically Democratic."

The political magazine does a deep-dive into Oakland County's shift to the left, tracing back to how it became a GOP stronghold following white flight from Detroit, the rise of former County Executive L. Brooks Patterson during the anti-busing backlash of the 1970s, and his culture war against former Detroit Mayor Coleman Young.

Under Patterson, Oakland County prospered, but that would plant the seeds of change, creating "a demographic time bomb" set off by Donald Trump — immigrants who were drawn to the auto industry that Patterson helped flourish, as well as moderate women turned off by the self-proclaimed pussy-grabber.

This is all despite the fact that Republicans had effectively gerrymandered the county to tilt to their favor. The lengthy article also looks at how Oakland County Chairman Dave Woodward saw flipping the county as a decade-long project, and how women like state Reps. Mari Manoogian and Mallory McMorrow were inspired, against the odds, to run for office after Trump.

It's also a look at how the GOP has alienated its voters by refashioning itself as a personality cult.

"The 'Oakland Hills Country Club set' is changing, or at least having some serious reservations about the current version of the Republican Party," Manoogian told the publication. "Knocking doors in 2018, … people would say, 'I've voted Republican my whole life, but I'm not voting Republican anymore. … They're not focused on the issues that matter to us. They're focused on these culture-war issues.'"

In 2020, other former Republican strongholds like Grand Rapids' Kent County and Phoenix's Maricopa County also shifted blue, but Oakland County, home of the GOP's influential Romney family, offers a vivid example of a trend that could be here for a long time.

It's a fascinating read. Dive in. 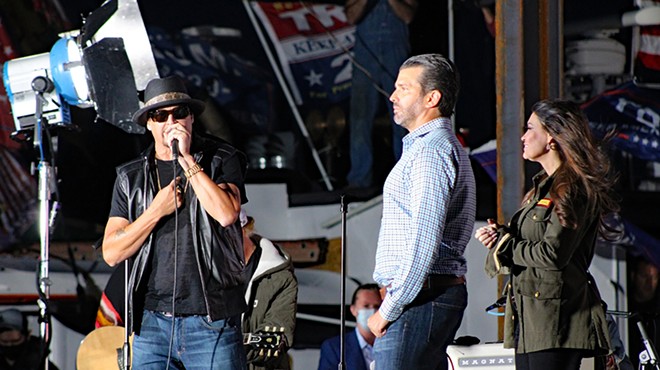