What’s next for ‘Nessel v. Enbridge’? 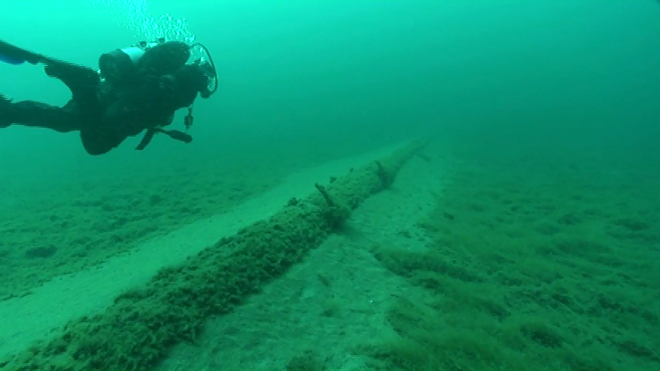 A “disappointing” jurisdictional ruling for the state of Michigan has left court proceedings for Attorney General Dana Nessel’s lawsuit against Canadian pipeline company Enbridge in the lurch.

But as Nessel v. Enbridge goes on five months without new filings, the attorney general’s office is looking at all options available to bring the lawsuit back to state court.

“[Nessel] believes that it belongs in state court and has taken the steps she can at this point to try to get it back there,” said Robert Reichel, chief of the Environment, Natural Resources and Agriculture Division at the Michigan Department of Attorney General.

Nessel brought the suit in early summer 2019 with the intent of decommissioning the controversial and aging Line 5 oil pipeline. As her arguments rely on public trust and state laws, it was filed in state court.

But more than three years later in August, federal judge Janet Neff ruled in Enbridge’s favor to instead keep the case in her domain — the United States District Court for the Western District of Michigan.

The move from state to federal court would likely significantly hinder Michigan’s chances at ultimately winning the case.

“Needless to say, this has been extremely disappointing and frustrating to the attorney general,” Reichel told the Advance in an interview on Monday.

“Given the stakes in this case, the Attorney General remains very concerned about moving it forward. That’s why we’re actively exploring other options.

“I can’t give you a timeline, but I can tell you that we hope and expect to make some decisions on the next step within the next month,” Reichel said.

As the Advance first reported, Nessel confirmed last month that she is looking to appeal Neff’s jurisdictional ruling.

Reichel said that the process is not as straightforward as one may assume, as an automatic right to appeal does not exist for a jurisdiction-related ruling.

Instead, the plaintiffs need to be granted permission by Neff to appeal — from the same court that made the contested ruling.

If Neff chooses to certify the case for interlocutory appeal, which would currently be the best-case scenario for the state, Nessel, Reichel and the AG’s other attorneys would then need to persuade the Sixth Circuit Court of Appeals to grant an appeal.

For that step, the appellate court would also need to agree to consider the jurisdictional issue now — rather than at the end of the case.

But how likely is it that Neff will agree to certify first?

“I don’t want to speculate but, speaking candidly, I think what’s happened to date doesn’t make me optimistic,” Reichel said.

“Having said that, … [we have filed] very strong legal arguments as to why this case merits immediate review by the Court of Appeals, rather than waiting for some later stage after the case is entirely resolved at the district court level.

“ … We’ve done what we can,” in terms of the certification process, Reichel continued. Those actions have remained pending before Neff for the last five months and it is unclear when she will consider them.

However, if this bid to appeal falls through and Neff does not certify the case for interlocutory appeal — or even before Neff makes a decision either way — Reichel says there is another, separate legal option available.

Emphasizing that a decision has not yet been made, Reichel said that something being considered is filing a petition for a writ of mandamus.

An “unusual procedure,” as Reichel described it, a writ of mandamus is not a substitute for an appeal. The mechanism acts as a parallel avenue to ask a higher court — in this case, the Court of Appeals — to engage on an issue outside of the appeal process.

For a writ of mandamus to be granted, Reichel said: “One has to make a strong showing that the lower court acted not only erroneously, but that there is a need for the Court of Appeals, in this instance, to arrive at a different decision now.”

More specifically, the state would be asking the Court of Appeals to order an action because of Neff’s failure to perform a legal duty or act properly.

“The bottom line is that from our perspective, the entire controversy belongs in state court, which is perfectly capable of deciding the issues,” Reichel said, noting once again that no decisions have been made yet on next steps in the litigation.

Nessel has long said that she is confident she will ultimately prevail over Enbridge in her bid to shut down the nearly 70-year-old pipeline.

“If I get a second term or if we make it to the [Michigan] Supreme Court before I’m out of office, I absolutely believe that we’ll be successful [with Nessel v Enbridge],” Nessel previously told the Advance in December 2021.

With a second term now secured, the end game may ultimately be to make it before the state’s highest court within the next four years. That is most likely to happen if the case is remanded back to state court, however.

“Nothing is assured, but we think that we can and should prevail,” Reichel said.