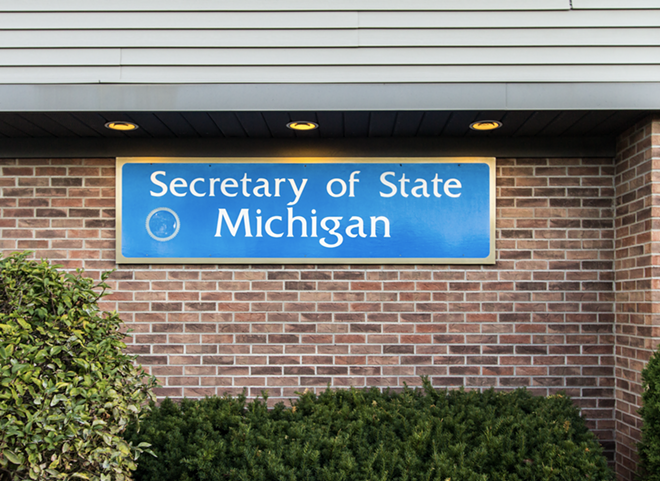 Could license plate tabs be a thing of the past? One Michigan lawmaker thinks so.

Eliminating tabs could potentially free up some money, too. According to a report from the nonpartisan House Fiscal Agency, stopping the printing, processing, and distribution of tabs could mean an estimated $500,000 in savings.

Should Maddock's legislation, House Bill 5250, become a law, it would make it so drivers are no longer required to use registration stickers, nor would they have to carry registration documentation, physically or digitally. This would force police to lean heavily on the Law Enforcement Information Network to locate the driver's information.

But not all police have access to in-car technology. And, even if they do, connectivity issues could further prevent police from being able to access the database to determine a driver's legality.

“Having that certificate is a really good asset to have when trying to determine the validity of the plate,” Michigan State Police Sgt. Nicole McGhee told lawmakers on Tuesday.

The bill could also pose some complications for the Department of Natural Resources, as tabs also display a driver's recreation passport and State Park entrance eligibility.

In addition to the tab bill, Maddock proposed another Secretary of State-related item. House Bill 5171 would grant banks and credit unions the ability to offer select services normally provided by the Secretary of State. However, it would also allow those financial institutions to charge their own fees for services rendered. Some critics of the bill are calling for a cap on those fees and suggest this program would not only complicate the process but would likely cost Michigan residents more money.

According to MLive, both bills are currently in front of the House Transportation Committee and would require the approval of the House and Senate, as well as the governor before becoming a law.