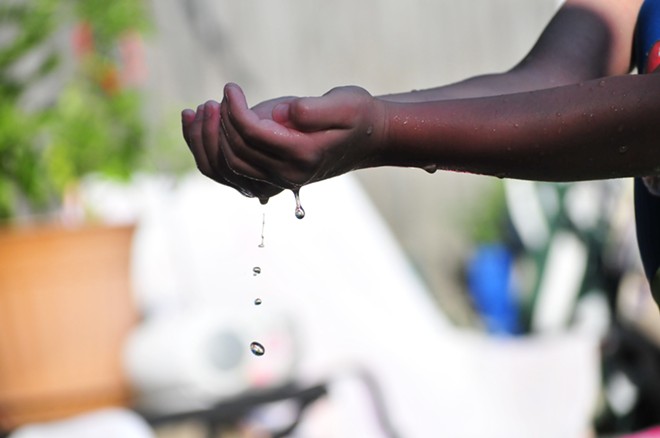 State Rep. Abraham Aiyash is introducing a bill that would permanently ban water shutoffs for seniors, families with minor children, and people with disabilities or life-threatening medical conditions.

The legislation also would make it easier for delinquent customers to pay back their water bills.

“Water shutoff moratoriums are only temporary solutions to the long-term issue of water access and affordability,” Aiyash said in a statement Friday. “With the statewide moratorium on water shut-offs ending on March 31st, we need to advocate for permanent solutions to water access beyond the current state of emergency. Access to safe, affordable water is a human right as well as a public health priority.”

The legislation would also require water providers to set up payments plans for delinquent customers based on their household income and ability to pay. In addition, providers would have to follow a more stringent notification process before they can shut off water to those not eligible for permanent protection under the bill.

“We support Representative Aiyash’s Water Protection Shut-off Act to enact protections against water shut-offs in the state of Michigan,” said Monica Lewis-Patrick, president and CEO of We The People Detroit, an activist group. “As we work to ensure that Michiganders are not cut off from water during the pandemic, we must continue to urge lawmakers to create legislation that establishes a permanent plan to address water shut-offs. Our goal is to ensure that all residents of the Great Lakes State have permanent access to clean, safe and affordable water for their protection against infectious diseases at all times, not just during a pandemic.”

Between 2014 and 2019, the city of Detroit shut off water to more than 140,000 residents who were behind on their bills. In December, Detroit Mayor Mike Duggan announced that the city is extending its moratorium on residential water shutoffs through 2022. Duggan also said the city is developing a plan to permanently end water shutoffs.

Statewide, about 317,000 households were delinquent on their water bills and faced imminent shutoffs in November, according to an estimate by the Natural Resources Defense Council and the People’s Water Board Coalition.

In metro Detroit, low-income residents reported paying an average of 10% of their monthly household income on water services, which is more than twice the national rate, a University of Michigan study found.

“It is long overdue that the issue of water shut-offs is addressed on a state level," Aiyash said. "No one should have to extensively research and jump through bureaucracies to keep their water on. One of the provisions of this legislation would require water utilities to provide the necessary paperwork for any assistance programs with water bills.”