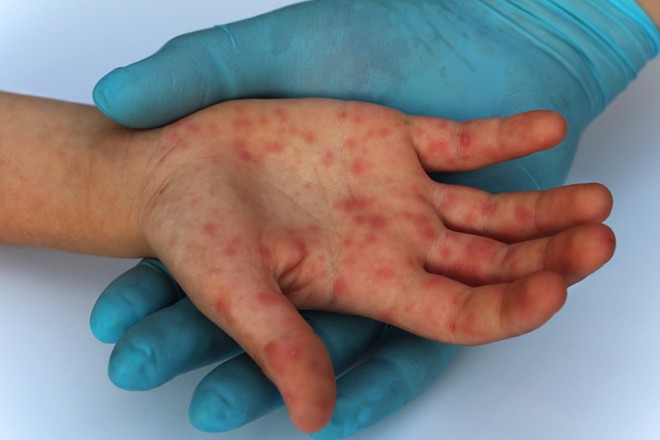 The man who brought measles to Michigan has been identified.

So far, 39 people have been infected with contagious respiratory virus. All but one of the cases were reported in Oakland County.

“Every one of our cases has had a link to the initial case,” Leigh-Anne Stafford, health officer for Oakland County, told the The Washington Post.

The man, whose name has not been made public, was feverish and coughing when he arrived in Michigan. When he saw a doctor in metro Detroit, he was prescribed antibiotics for bronchitis. A day later, he complained of a rash, which the doctor believed was the result of an allergic reaction.

But the doctor, who had never seen a measles case, began to worry he was wrong. Suspecting the man may have had measles, the doctor contacted health officials and gave them the patient’s cell phone number.

But his phone wasn’t working, so health officials quickly to the Detroit-area Hatzalah, the ultra-Orthodox community’s emergency medical response group. Luckily, the head of Oakland County’s emergency medical services, Steve McGraw, was a longtime member of Hatzalah. Wasting no time, McGraw alerted rabbinical leaders and hopped in his car in search of the patient.

A few hours later, they found him. He was shocked.

“He put his head down and was very emotional,” McGraw recalled. “I could tell from the look on his face that he was devastated.”

Now health officials were tasked with tracing the nearly 30 locations he had visited during his one-week stay. There were the private homes in Oak Park and Southfield, the synagogues where he prayed and studied, and the kosher markets and pizza parlors.

“This guy was walking around all over the community and contagious,” McGraw said. “We knew we had significant exposure.”

A blood test confirmed the traveler had measles on March 13.

Health officials alerted the ultra-Orthodox community to warn about the exposure because measles is highly infectious. Recorded messages were left on about 1,200 cell phones. Hatzalah members searched for people who may have been infected.

In a statement, the Council of Orthodox Rabbis of Greater Detroit encouraged the Jewish community to get vaccinated.

“In order to protect and safeguard each and every individual within the larger community, every individual, family institution must take the necessary precautions against anyone who chooses not to be vaccinated,” the statement said.

Since then, more than 2,000 people were vaccinated at three clinics set up at a synagogue.