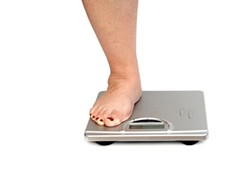 According to Geralyn Lasher, senior deputy director of Michigan Dept. of Community Health, enrollment in “Healthy Michigan” will not begin Jan. 1 as referenced in your article, but rather around April 1. She said: “We can’t enroll people in a program that does not exist.” She assured me that, after April 1, the expanded Medicaid coverage will be effective within a couple of weeks of enrollment.

She is confident that the feds will approve the waivers and, starting Jan. 1, she plans to do a massive educational campaign statewide on the program — how to enroll, what it covers, what it costs, etc. Otherwise, your article was very helpful.

I am wondering who will monitor what folks are eating and smoking, weight loss, etc.  Stay tuned for more details.

The writer is executive director of the St. Frances Cabrini Clinic of Most Holy Trinity Church in Detroit.

Your article again was spot-on for problems but missed some important points:

• Education needs targets; with the rapid changes in technology, developing a lesson plan that is relevant is a problem. These changes in curriculums cost colleges and drive up costs.

• Government spending is being directed into areas that did not exist in the past. When I was in the military, it was common practice for the soldiers to perform many tasks. We inspected and repaired our own vehicles, performing simple tasks such as tire repair and oil changes. We were assigned on a rotating basis the tasks of supporting our field kitchen.

These tasks are now contracted at a very substantial cost to our government. These millions of our tax dollars could be used for education rather than going to contractors as fees for service.

The changes are swamping our ship of state. Let us start plugging the leaks.

Low Winter Sun, AMC Network’s “gritty police drama,” set in Detroit, has been canceled and will not get a second season; good riddance to a bad show. LWS had a despicable storyline using the Detroit Police Department: ‘Good cops’ kill a bad cop and then try to cover it up; police involvement with prostitution and excessive alcohol consumption (in the first show) made this wrong for Detroit and Michigan.

It continued the national/international reputation of Detroit as a crime-ridden city — with a corrupt police department. Nothing about this show reflected well on Detroit. Those people who ‘green lighted’ this show for Michigan Film incentives should pay [the money] back; and anyone who allowed DPD cooperation should never be involved again with TV or movie work. Detroit’s police officers and its residents deserved better.

The writer is a retired sergeant in the Detroit Police Department.

In last week’s cover story, “The Nanny State: Live Healthy or Else,” we mistakenly said that Michigan Medicaid expansion would begin enrollment on Jan. 1; the state is awaiting a waiver from the federal government and can’t begin enrollment until Washington grants the request. It is the goal of the Michigan Department of Community Health to implement the program by the beginning of April 2014.