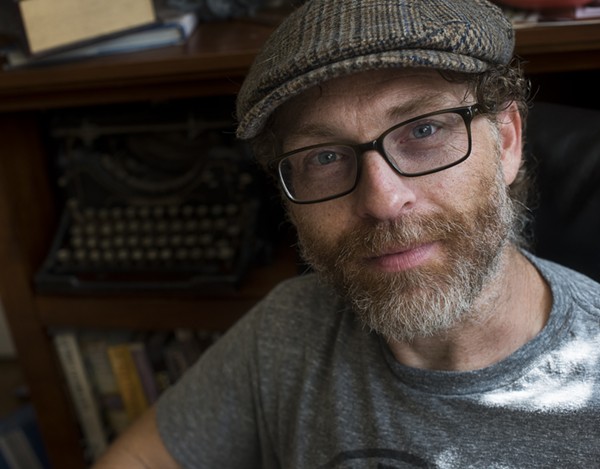 Dan Lippitt
Steve Neavling, aka the Motor City Muckraker.
Metro Times is pleased to welcome Steve Neavling to our team as a full-time investigative reporter. His first day is today.

Lovers of local news will likely recall Neavling’s name from Motor City Muckraker, the independent news website he launched in 2012 after getting fired from the Detroit Free Press for yelling at then-Detroit City Council President Charles Pugh. (Pugh is now in prison for having sex with a minor.) A list of other enemies Neavling has made includes former Detroit Fire Department commissioner Edsel Jenkins, who resigned after a monthslong series of Muckraker reports, and the Detroit Police Department, who probably aren’t happy with his recent series with journalist Charlie LeDuff regarding the city’s long police response times.

Indeed, Neavling’s stories have led to reforms, resignations, and FBI investigations. In 2014, the Columbia Journalism Review called Neavling “one of the most hated men in Detroit” because of his tenacious reporting.

Neavling has previously contributed to Hour magazine and Metro Times. (He was even named Best Journalist in MT's Best of Detroit issue.) He also recently hosted a show on 910 AM Superstation and reported on federal law enforcement for ticklethewire.com.

“It’s an honor to join a news team that values good journalism and impactful news,” Neavling, 42, says. “I’ve always admired the Metro Times’ independence and courage to tackle stories that other media outlets won’t. This is a hell of a time to be a journalist in metro Detroit, and I can’t imagine a better fit for me than Metro Times.”

Originally from Harrisburg, Penn., Neavling has lived in Detroit’s Cass Corridor since 2010.

We’re looking forward to seeing what this newshound comes up with in the pages of MT.