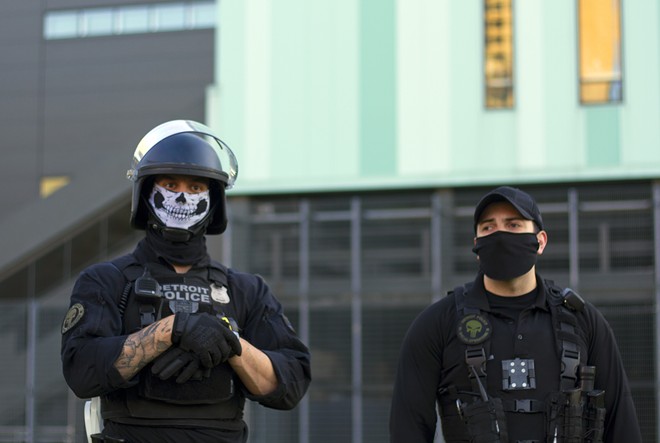 “Our communities are calling for change,” Irwin said on the floor.

“Unlike most other professionals, police officers have just seconds to make life-altering decisions – often under high-stress conditions – so it’s essential we give them all of the necessary tools to keep residents safe,” Irwin said in a statement.

"If we can change what goes through an officer's mind when they encounter one of our community members who doesn't look like them, we can change the outcome," Chang said.

The Michigan Association of Chiefs of Police opposed the bill.

Jesse Kelley, a government affairs specialist at The R Street Institute, a nonprofit, nonpartisan research organization based in Washington, said implicit bias and de-escalation techniques are “critically important” to change the nature of policing.

As of 2017, 34 states didn’t require officers to be trained in de-escalation techniques to defuse tense situations, Kelley said

“The need for additional training, especially regarding de-escalation techniques, is incredibly timely given the increased militarization of policing and the public outcry following several lethal police shootings,” Kelley told The Center Square in an email.

“Since the police are holding more formidable weapons in their hands, increasing the need for de-escalation as well as communication and crisis-intervention training that better permits officers to identify and respond effectively to people who might be having a mental health issue or episode is certainly an important piece of the puzzle,” Kelly wrote.

Gov. Gretchen Whitmer supported the legislation as a larger push in police reform.

The bill passage trails 10 days after the death of George Floyd in Minneapolis after a white police officer kneeled on his neck for almost nine minutes while three officers stood by and ignored Floyd’s cries that he couldn’t breathe.

"This will not undo years of overly aggressive police actions, but it does serve as an acknowledgement of the problems with how we police and the steps we must take to drive change in the days, months and years to come," Nessel said in a statement.

"We cannot allow the system to continue to fail communities of color and this bill will allow us to move forward to bring about concrete change.”

“The horrifying pattern of police brutality against Black and Brown people must end. Period. Dismantling the systemic racism that has led to the mistreatment and deaths of Black and Brown Americans will not be a quick fix, but we are committed to seeing this through,” Ananich said in a statement.

“Meaningful change will require more legislation like Sen. Irwin’s, more compassion for our neighbors, more difficult conversations, and many, many more listening ears.”