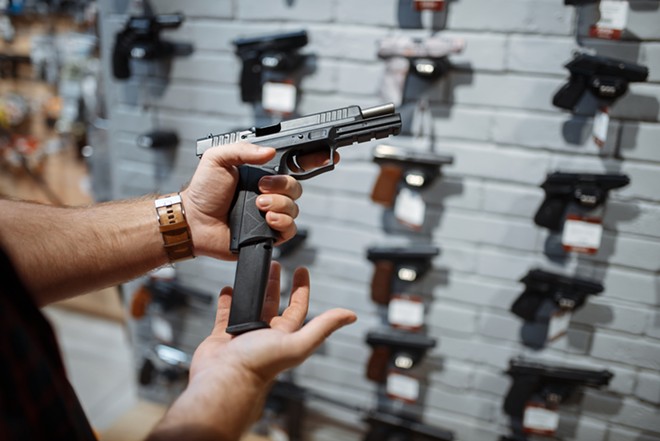 As gun violence continued to increase in Michigan, state lawmakers failed to enact any new legislation to protect residents from firearms last year.

Because of that, the Giffords Law Center to Prevent Gun Violence on Monday gave Michigan a “C+” for its gun laws and said the state “should invest in community violence intervention programs, require background checks on all firearm purchases, create extreme risk protection orders, and strengthen restrictions on firearm access by people who have committed domestic violence.”

In 2020, the last year for which statistics are available, 1,454 people died as a result of firearm injuries in Michigan, a 21% increase over the previous year.

Nationwide, more than 45,000 people were killed by guns in 2020, the highest number in decades.

“2021 was yet another year of crisis for our country. Too many communities had to reckon with the trauma and pain of surging gun violence, armed hate, and racial discrimination — all in the midst of the ongoing pandemic,” Robyn Thomas, executive director of Giffords Law Center to Prevent Gun Violence, said in a statement. “What our Scorecard shows, year after year is that it is possible to take action to end this senseless violence. States with strong gun safety laws have fewer gun deaths — but illegal trafficking leaves residents of these states vulnerable. This progress must extend to every single state across the nation. We hope the Gun Law Scorecard will continue to serve as a resource for our elected officials who understand that getting a passing grade can be a matter of life and death.”

State Senate Democrats also proposed regulations to remove guns from people who may be a danger to themselves or others.

Passing regulations on guns, however, is an uphill battle because Republicans, who have resisted such measures, control the state House and Senate.